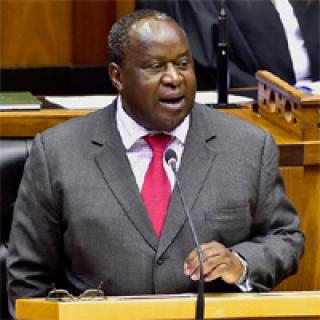 The National Treasury will in the 2019/20 financial year set aside R567 billion for social grant payments, Finance Minister Tito Mboweni announced during the 2019 budget speech in Cape Town on Wednesday.

This, he said, was to improve the conditions of life for all South Africans, especially the poor, as the country tackles poverty and inequality.

In an effort to improve the education system, government will in the upcoming financial year allocate over R30 billion to build new schools and maintain schooling infrastructure.

“An additional R2.8 billion is added to the School Infrastructure Backlogs grant to replace pit latrines at over 2 400 schools. But to make certain these schools are effective centres of learning will also require parents to be a visible and constructive part in the governance of schools,” the Minister said.

This grant will also replace 147 inappropriate and unsafe schools, and provide water to 352 schools over the MTEF period.

“An amount of R19 billion is provided for learner and teacher support material, and R3.9 billion is allocated to fund 38 000 Funza Lushaka bursaries for prospective teachers in priority subject areas such as mathematics, science and technology.

“About 9 million learners at over 20 000 schools will receive daily meals through the national school nutrition programme grant, which is allocated R23 billion over the MTEF period,” the 2019 Budget Review report said.

Subsidised education and training for the poor, he said, is government’s flagship higher education intervention.

“Over the medium term government will spend R111.2 billion to ensure that 2.8 million deserving students from poor and working class families obtain their qualifications at universities and TVET colleges,” Mboweni said.

Government last year rolled out higher education and training bursaries for students from poor and working-class families. According to the report, spending on these bursaries grows at an annual average rate of 13.9% over the medium term.

Government will allocate R33.3 billion to the National Student Financial Aid Scheme in the 2019/20 financial, a substantial increase from the R22.8 set aside in the 2018/19 financial year.

“Bursary spending is expected to rise from R27.1 billion in 2018/19 to R40 billion in 2021/22. This will cover over 1.3 million undergraduate students at universities and over 1.5 million students at technical vocational education and training colleges,” said the Treasury.

Mboweni said the budget was proposing a total non-interest spending over the next three years of R5.87 trillion across all sectors. Considered in this figure is the R717 billion for health services (including National Health Insurance).

“In health, we need simple, effective interventions. We need more doctors and nurses. R2.8 billion has been reprioritised to a new human resources grant and R1 billion for medical interns. R1 billion has been added to raise the wages of community health care workers to R3 500 per month,” he said.