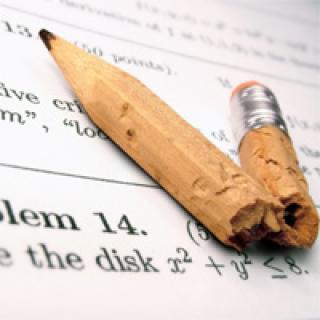 An online mathematics club in the heart of rural Limpopo started by a business student is showing that even the poorest communities can find ways to leverage technology for learning.

Poor internet connectivity and a lack of fancy devices didn’t stop nearly 30 students at Madonsi High, in the Limpopo village of Gija-Mhandzeni, from using an online platform to sharpen their maths skills.

On the contrary, says the man behind the initiative, the exercise proved that rural schools – even if they lack resources – can find ways to enable more effective, tech-savvy learning.

Bongani Mabaso has been researching connected learning in rural schools in association with the MTN Solution Space at the UCT Graduate School of Business (GSB). He was concerned that learners were missing out on critical skills in maths and technology, and began running a Saturday mathematics club for Grade 8 and 9 learners using Facebook.

“The initiative was actually part of my research into the development of 21st century skills in rural learners,” Mabaso explains. “When you look at the literature, and also speaking to the teachers and learners in rural schools, you quickly realise that many poor and rural schools are not equipping their learners with 21st century skills.” There was also a lack of teacher training.

The Connected Learning Mathematics Club that Mabaso set up had to overcome several logistical obstacles. But, he says, the results were “quite something to see”.

The school had previously had a problem with maths assignments either being submitted late or not at all. By participating in the Club, this trend was reversed. Learners also showed signs of developing skills such as communication, collaboration, critical thinking and problem solving, technological literacy, and Information literacy, amongst others. “These are all skills that are necessary for life and career success in the 21st century,” says Mabaso.

“Membership to the club became a ‘cool’ thing in the school, and learners were excited by the prospect of participating in a learning format where they could revise mathematics concepts which might help them do better at the end of the year,” says Mabaso. “The most exciting thing for me was to see learners, most of whom had not really bought into the whole mathematics thing, completely invigorated and excited about it.”

In South Africa, there has been a reported link between maths results, job grade and employability. Overall, the country’s 2016 Matric maths and science results suffered and the 2016 Trends in International Maths and Science Study (TIMSS) results placed South Africa in the second-worst place globally.

Mabaso believes connected learning can help turn the tide, as it increases learner buy-in and provides additional support to teachers.

“The design of the club is based on connected learning theory, which argues that learning occurs best when it is interest driven, peer supported and socially embedded,” explains Mabaso. “In other words, when students can take it into their peer groups, and when they are able to get support and assistance from teachers, parents and mentors when they need it.” This allows learners to feel connected both to each other and to their community.

Facebook was an ideal platform, as Mabaso did not have to spend hours on a new design. Additionally, some learners and teachers were already familiar with it, so adoption was smooth.

A typical learning cycle would begin with a teacher giving a lesson based on the national curriculum. The lesson would progress as usual, but with the understanding that there would be an online component later on. At the end of the day, the teacher would post exercises or assignments onto the Facebook platform, where a private connected learning group was created, so that students could collaborate and answer the questions. The teacher would then examine the progress on the platform, and also participate by answering questions and making announcements.

Learners had to bring their own devices that could access the internet, or if they did not have one, partner with a peer that did. Data was provided using a wi-fi hotspot created at the school.

Internet access and device distribution were challenges, admits Mabaso, but not insurmountable. “I had to set up a mobile wi-fi enabled router,” he explains. “The students managed to source mobile devices such as smartphones, tablets, and laptops from the community itself.” Most of these were old, some were broken, but the group still managed to connect to Facebook.

“This was really cool because most research has treated rural contexts as a place of want and need, but when you look at what happened with the maths club, it just goes to show that there are rural assets that can be leveraged for learning,” argues Mabaso. “Combine this with the fact that the solution was completely teacher-led and run, and it starts to form a basis for a contextual way to improve rural learning.”

This kind of thinking – and action – says Sarah-Anne Arnold, Manager of the MTN Solution Space, is exactly what the Solution Space, an innovation and entrepreneurship hub at the GSB, seeks to support and amplify.

“Because complex challenges demand collaboration and partnership, we work with a mix of business, civil society, academia and government to pilot divergent action-learning experiments and co-create distinctively African solutions to African challenges, which are always influenced by poor infrastructure and low skills base,” she says. “These are the realities that our continent faces and our aim is to provide a platform where startups and innovators like Mabaso can try out new ideas to create value – even when the problems seem insurmountable.”

Mabaso agrees that “where there is a will there is a way”. It is early days yet, but he is currently designing a new mobile app and a ‘lite’ web version of the connected learning platform and is keen to roll out the concept to other schools around the country. He has been invited to present his research findings to the Department of Education in Limpopo in June this year. So watch this space!
Issued by Rothko on behalf of the GSB. For more information or interviews, contact [email protected]