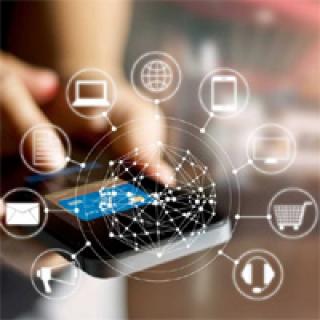 The initiative makes it possible for everyday South Africans with a minimum of R1000 (and a maximum R5-million) to invest in a local tech business that rivals the best in global regulatory technology.

Intergreatme has a vision to craft a world where consumers never fill out a form again.

“The frustration of constantly having to fill out forms and carry personal documentation on-the-go, is a daily issue facing every citizen in this country,” says Luke Warner, cofounder of Integreatme.

“We addressed this frustration by developing an award-winning web and app platform, which transforms onboarding for businesses and digitizing personal information for over 25 million credit active South Africans. Now we are looking for capital to take our business to the next level, and to benefit ordinary citizens in the process,” he added.

Intergreatme wants to raise R24-million by making 20% of the company’s share ownership available for investment. The funds will be used to create a self-service platform for SMME businesses, while adding additional features and functionality to the Intergreatme app. These include a digital affidavit, trusted connections, QR information sharing, digital ID and drivers’ licenses.

Their self-service platform will drive a steady flow of businesses to sign up by themselves, allowing the core operation team to focus on larger organisations with longer procurement cycles and much larger customer bases. Already the business has signed up a number of local banks and telco’s to manage their RICA and FICA processes.

Warner and his team have dreams to extend Integreatme beyond South Africa’s borders to reach the estimated five billion credit active citizens globally.

“The market potential for our product is vast. Regtech has been described as the new wave in fintech,” Warner said. According to Forbes, research conducted by The Trade, US banks spent $100-billion on compliance in 2016 alone. Demand is growing globally for identity compliance and recent fines imposed on large corporates, such as MTN in Nigeria, who fail to do so, point to the need for tighter risk management and its automation.

“This is Intergreatme’s moment to shine and create real wealth for the man in the street,” Warner said.

“This crowdfunding campaign for Intergreatme is a historic moment, and one which we hope will fundamentally change the current funding landscape in South Africa,” said Tabz Qadir, CEO of Uprise Africa.

Warner and his team hope that the crowdfunding initiative via Uprise Africa will pave the way for smaller startups to seek funding and validation by ordinary people as well.

“This means backing Intergreatme, is not only backing any small business, but potentially enabling them to succeed in the crowdfunding space,” Warner concluded.