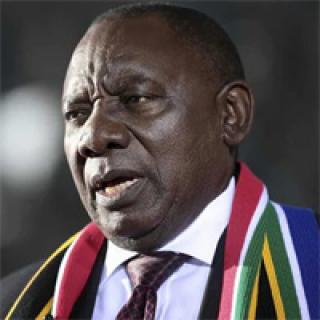 For Africa to realise its full potential, the continent needs to invest in the skills, capabilities and well-being of its citizens.

Africa also needs to improve governance and promote peace and stability, which continue to be its Achilles heel.

This is according to President Cyril Ramaphosa, who addressed hundreds of delegates at the inaugural Africa Investment Forum, which is taking place at the Sandton Convention Centre in Johannesburg.

“Most importantly, if Africa is to seize the opportunities of the future, it needs to mobilise large scale, sustained investment, especially in infrastructure.

“African governments cannot achieve prosperity and growth without partnerships with the private sector. The private sector and private markets are key players in the African investment landscape, supported by the lending capacity of financial institutions, both on the continent and beyond,” President Ramaphosa said.

The continent needs to drive the economic reforms necessary to create an enabling business environment to unlock and sustain the flow of capital to Africa.

“To be globally competitive, to become investment destinations of choice, we need to resolve the problems that keep investors away. We have to address governance challenges such as policy uncertainty, financial mismanagement and corruption,” the President said.

African leaders must demonstrate a firm commitment to act against corruption both within public institutions and the private sector.

The Africa Investment Forum provides a platform for Africa to outline the work done to create a more enabling environment for investors in the continent. It also provides an opportunity for governments to listen to concerns and suggestions of business leaders as well as to draw lessons and act.

This forum is aligned to the key aspiration of the African Union’s Agenda 2063 of a prosperous and integrated Africa, characterised by inclusive growth and sustainable development.

“Agenda 2063 has a resource mobilisation strategy that relies on the identification and expansion of investment partnerships to propel growth.

“The economic transformation of the continent is dependent on all our efforts to move industrial and infrastructure projects to bankable stages, to raise capital and to accelerate the financial closure of deals,” said President Ramaphosa.

However, the President said Africa had to embrace international partnerships such as the G20 Compact with Africa, as these can make an important contribution to the continent’s growth.

The Compact is geared towards strengthening macroeconomic, business and financing frameworks across the continent to promote private investment from companies in G20 countries.

“The potential of this initiative was evident in Berlin last week, where a diverse range of investors announced plans to invest in various projects in participating African countries,” President Ramaphosa said.

Turning his attention to intra-Africa trade, the President said this was key to strengthen continental integration, which in turn sparks investment and economic growth.

“The adoption of the Africa Continental Free Trade Area agreement in March this year is a historic development that has the potential to fundamentally change African economies. The expansion of the agreement will contribute to better policy harmonisation and trade liberalisation and facilitation regimes.

“It should enhance industry competitiveness, expand continental market access and lead to the better allocation of resources. This is good for investors, who will have access to a market of more than 1.2 billion people and a combined GDP of more than $3.4 trillion.

“Economic integration – whether at continental or regional level – will further deepen the inter-connectedness of African economies. The fortunes of any one country will be even more closely dependent on the fortunes of all countries.”

From poverty to prosperity

Last month, South Africa hosted its inaugural Investment Summit as the country seeks to attract $100 billion in investment over the next five years. Significant inroads were made during the conference, with businesses from various sectors pledging to invest R290 billion in the South African economy.

“This is vital to reigniting growth in our economy and creating jobs on a far greater. Any investment in South Africa is an investment in Africa,” said the President.

Opening the day’s proceedings, Gauteng Premier David Makhura urged local leaders such as mayors to do more to promote their cities and support national leaders.

"Our desire is to see Africa transition from poverty to prosperity in our lifetime. The mission of my generation is to move Africa from aid to investment. Aid impoverishes and entraps Africa in a dependency trap.

“Today, Africa is the 21st century’s biggest investment frontier. It is now time to turn Africa’s potential into real progress that can be measured in improvements in the quality of life and well-being of African populations across the continent and the Diaspora. The youth and women need real business opportunities and decent jobs," said Makhura.

Dangote said something tangible should come out of the Africa Investment Conference. “We came here to change the narrative [about Africa].”

Al Ghurair said the continent needed to explore the tourism sector, as it has a lot of potential.

“When I look at a city like Dubai, its airport attracts about 90 million visitors per year. You can see that the potential is much bigger here in Africa. A bit of investment is needed in the infrastructure,” he said. – SAnews.gov.za