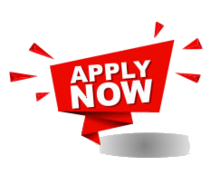 All government departments have been directed to stop the practice of requiring certified copies of documents not older than three months to accompany applications for employment.

This decision follows complaints raised with President Cyril Ramaphosa on social media and through other channels about the onerous requirements for compliance with public sector job applications.

“It has come to the attention of the President and the Minister for the Public Service and Administration that departments have adopted a practice of requiring certified copies of documents not older than three months to accompany applications for employment,” the Presidency said.

The Department of Public Service and Administration (DPSA) has since issued a circular - Human Resource Planning and Employment Practices: Circular No 35 of 2019 - which makes it clear that the prescribed application for employment form (Z-83) and the Public Service Regulations do not prescribe a three month timeframe for certification of documents that accompany applications.

“Government has recognised that the practice to date impacts negatively on job seekers in the current economic climate in South Africa, and that there is a need to reduce the burden on job seekers to submit - with each separate job application - certified copies of supporting documents (such as academic qualifications, which are not older than three months),” the Presidency said in a statement on Tuesday.

The Presidency said this change will also reduce the workload that the certification of documents creates for the South African Police Service personnel, who will now be able to devote more time to their core function of ensuring that South Africans are and feel safe.

Departments have been advised to at least accept certified copies of documents submitted with an application for employment that are up to six months old, in those cases where the document certified does not have an expiry date that falls within the six-month period, the Presidency said.

“The regulations state that the Executive Authority shall satisfy himself/herself that the candidate qualifies in all respects for the post and that his/her claims in his/her application have been verified.

“This requirement is in line with good practice to ensure that good quality candidates are recruited and appointed and also serves as a deterrent to applicants from submitting false or incorrect information when applying for posts,” the Presidency said.

Departments and Executive Authorities must therefore, in line with Public Service Regulation 67(9) (a) and (b), satisfy themselves that candidates qualify in all respects for appointment and that claims in their applications are verified in writing.

“As part of addressing the urgent need to expand employment, government encourages the private sector to similarly assess processes and procedures that may, to varying degrees, impact negatively on getting South Africans into employment as expeditiously as possible.

“As with the public service, government recognises that this consideration must be balanced with the need for suitability and integrity checks,” the Presidency said. –SAnews.gov.za