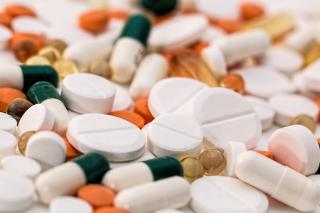 The South African Health Products Regulatory Authority (SAHPRA) has approved the controversial drug, Ivermectin to be used as a treatment for Covid-19.

However, doctors will only be allowed to administer the drug under 'controlled compassionate' circumstances that have been approved by SAHPRA.

The Regulatory Authority approved Ivermectin with some hesitation, as the drug is typically used to control parasites in animals.

There is also not enough data to support the use of the drug as it is still not registered for human use.

Despite this, SAHPRA hopes allowing the drug to be used only in emergencies and under strict conditions will allow for more research and data to be collected about a possible mass rollout of the drug.

“We gave due consideration to the current context – the position of healthcare workers, the lives being lost – and we have decided that our approach going forward will allow for controlled compassionate access to Ivermectin that will enable us to monitor its use by healthcare professionals reporting to us. This process will allow us to collect the data we need to make the right decision on this treatment,

“This decision does not mean our position has changed. There is still not enough scientific data and scientific trails to justify and recommend the regulator to approve the use of this but we have taken into consideration the current context. We are still looking for data that will be a game-changer which is why we are undertaking this process. We still need to develop confidence in vaccines,” said SAHPRA CEO, Dr Boitumelo Semete-Makokotlela.

Dr Paul Freinkel, a medical doctor who advocates for the use of the drug said the country's ban on the Ivermectin put doctors in an ethical dilemma.

Doctors were faced with sick Covid-19 patients, but were previously not legally allowed to administer the drug regardless of the circumstances.

Freinkel has now welcomed SAHPRA's decision to allow the drug to be used on individual cases.