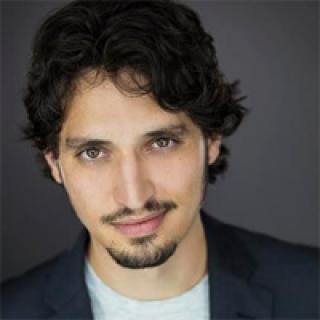 As technology advances and travel opportunities become available to a larger percentage of the growing population, the world is becoming increasingly integrated. The result is that international performers are able to collaborate on works creating a new generation of art creators developing an entirely new style of entertainment.

Performers like South African born Miskar Chomse are able to journey to L.A. to collaborate with other artists on creating new and exciting work. Chomse started his successful entertainment career in his place of origin, Johannesburg, South Africa. “Nothing beats an audiences’ energy when they’re reacting to what you’re doing up on stage- it’s electric” explains Chomse.

Chomse continued to hone his craft in Johannesburg while working in independent theater and touring South Africa with various productions and companies. Shifting his attention to the film and tv industry Chomse got a new perspective on his work through various roles on webisodes and short films. As his reputation grew Chomse was invited to work on Big Hollywood studio projects that were shot in South Africa. This was his first taste of working with an L.A. crew and Chomse was drawn to the possibility of future such collaborations and he became inspired to create his own works.

Subsequently Chomse moved to L.A. to complete his master’s degree at the New York Film Academy. During this time at the academy further collaboration opportunities presented themselves and Chomse continued to develop a new style of entertainment influenced by the various international collaborations that were afforded them at this institution.

Being an international performer is not without its challenges, mainly that of being separated from his family and wife for the time being but Chomse is dedicated to forging forward with his innovative work.

The years of hard work coupled with inspiration from the various collaborations and invaluable life lessons L.A. has taught him has culminated in a creation of an exciting new work, a short film entitled ‘Body & Mind’ which is about to start its Film Festival Run.

Chomse looks forward to presenting this work to the public and to continue honing his craft by holding onto his heritage while celebrating the lessons L.A. teaches and thereby creating a new and exciting world for the entertainment industry.