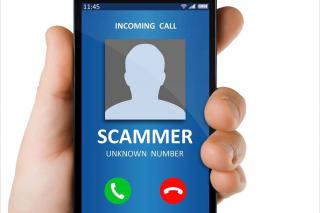 The Department of Employment and Labour has once again urged members of the public to remain vigilant of a scam promising a payout of between R33 000 and R35 000 doing its rounds on social media.

Department spokesperson, Teboho Thejane, says that scammers have re-created a fake Department of Employment and Labour website using the old coat of arms/logo in which they ask members of the public to check if their names appear on the list of those that are entitled to withdraw these funds.

Thejane continued by warning that the fake website claims that workers who have worked between the years of 1990 and 2020 have the right to get R35 000 from the department.

“The Department of Employment and Labour has not asked anyone to come forward to receive any of these benefits and will never do so in a manner that it is done through this website. All the benefits from the department are received by those that have worked for them or are entitled to receive them and are processed at its 125 offices that are spread across the country,” Thejane said.

He also advised members of the public to visit the Department’s Provincial Offices or a nearest Labour Centre for more information.

“Members of the public are also cautioned to refrain from sharing information as they are assisting the scammers to reach out to many unsuspecting people, and are also advised to not share their personal information on these social media platforms or website as they are not authentic. The department’s suite of services is offered free of charge to the public,” Thejane said.

Meanwhile, the Department of Employment and Labour in the Western Cape has seized operations at a local call centre after breaching the Occupational Health and Safety (OHS) Act no. 85 of 1993.

The African Debt Advisors (ADA) was shut down following a tip-off which led to the reactive inspection at the workplace on Wednesday.

According to Provincial Chief Inspector (PCI) David Esau, the company was unable to offer a risk assessment that spoke to COVID-19 regulations.

Also, staff members were left without Personal Protective Equipment and a general lack of social distancing and poor sanitisation was observed.

“During a walk-about, it was also observed that the company did not follow some of the basic principles associated with the OHS Act. The company was found to be in contravention of the environmental regulations on fire prevention as all fire equipment was outdated.

“Based on the comprehensive findings, the employer was issued with a prohibition notice and asked to vacate the premises. Prohibition notices essentially mean that no operations may take place at the premises where the notice was served,” Esau said.

Esau went on to say that the department is in the process of issuing a summons to the employer to appear before the PCI to explain the absence of documents required to follow up on allegations of defrauding the COVID-TERS system and the exploitation of workers.

This after the employer was also inspected in respect of the Unemployment Insurance Act.

“The employer has been asked to provide information of employees listed on the payroll and approved and rejected list of employees under the COVID-TERS benefit for applications made for April, May and June 2020. The information is expected to also include advances made to staff, deductions, and a list of staff who did not work for the set period and also did not receive COVID-TERS.

“A follow-up visit will be conducted to determine if the employer continued with operations as this will be deemed a criminal offence, as the employer was prohibited from continuing operations until evidence is produced that there is compliance with COVID-19 regulations,” Esau said.

To report any suspected criminal acts, members of the public are requested to inform the South African Police Service; report on the department's fraud hotline number 08600 22 194 or email [email protected] (link sends e-mail) and, or visit the nearest department office.