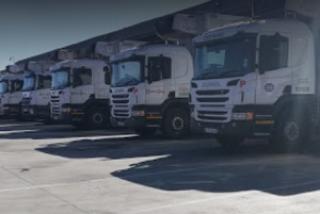 Workers from the Pick n Pay distribution centre at Edenvale in Gauteng went on an unprotected strike yesterday over concerns for their health and safety while working during the covid-19 outbreak. They also had demands for increased pay or bonuses for working during the national lockdown. Management agreed to a an incentive for the staff and other issues with union representatives, but the agreement was not acceptable to the workers who continued with their unprotected work stoppage.

Management issued a demand for the workers to return to work and when that wasn't met they were dismissed.  The CCMA and the Minister of Labour were called in to speak to the workers and after what have been described as, "long and constructive deliberations" the staff agreed to return to work.

The industrial relations issue highlights the importance of the food chain in a time of national disaster and the necessity for workers to remain on duty.  The Labour Department took the opportunity to urge all workers to avoid unprotected work stoppages during the national lockdown.

The benefits earned by the Gauteng distribution centre workers during this dispute will be applicable to all Pick n Pay workers nationally.  It was announced earlier in the week that Shoprite will also be making an extraordinary payment to staff as a recognition of their work over this time of crisis.

Statement from the Department of Employment and Labour

The CCMA was called upon to intervene in the dispute between workers at the Pick 'n Pay Longmeadow Distribution Centre in respect of concerns raised on health & safety and probed the possibilities of an incentive made available to employees for work during the period of the lockdown. In the national interest the process commenced with parties in the early hours of the morning on the 26th of March to address these various concerns and explore efforts with the parties to ensure that employees return back to work and that operations remain uninterrupted.

In the course of the discussions an in principle agreement was reached between the company and the union pending ratification by its members. The parties had agreed on an incentive and during this period of the work stoppage that no-disciplinary action would be taken, and to withdraw the ultimatums that were issued for workers to return back to work. It was also agreed that there would be no industrial action for the period of the lockdown. Regrettably the opportunity to sign the agreement was not possible with workers rejecting the proposal and continued with the work stoppage.

The employer issued ultimatums for workers to return to work which subsequently resulted in the dismissal of the workers on the illegal work stoppage. The Minister of Labour and the Director of the CCMA intervened on the 26th of March and addressed the union representatives and afforded them the opportunity to address their members in an effort to get them back to work, in an attempt to resume operations and also to avoid job losses in respect of the dismissals. After workers remained steadfast in their position, the Minister and the Director addressed the workers to emphasize the importance of their role in the national interest to ensure uninterrupted operations & to support government's initiative in addressing the challenges of the Pandemic and also to ensure that their jobs are saved.

After long and constructive deliberations and opportunities afforded to the workers to reconsider their positions, workers agreed to return to work and the operations have resumed. In an ongoing effort to ensure that the worker concerns are deliberated, parties have agreed to remain in discussions and to explore further relationship building initiatives beyond these discussions.

The President has been informed of developments. This opportunity is also taken to commend the parties for remaining in process and finding resolution in the matter. The employer acknowledges the right of workers to return to work and the workers understand the implications of no illegal work stoppage during the period of lockdown.

We appeal to all workers across all essential services industries to refrain from any unprotected industrial action during the period of the lockdown. This settlement is of national importance and applies across all Distribution centres nationally.