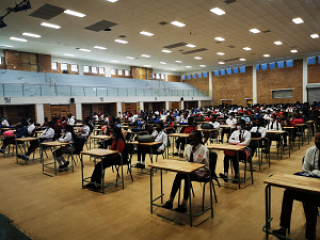 Some time has gone by since the maths paper 2 exam was leaked. An investigation has started and officials have expressed their disappointment over the panic that this has caused.

Learners in other provinces have recently reached out to the department and confirmed that they also had access to the paper.

The Portfolio Committee on Basic Education said learners who wrote the maths paper are now under more pressure than usual.

“This year, with the disruptions to the academic year due to the outbreak of COVID-19 has already been stressful to the Class of 2020. This will clearly add more stress and it is still early in the examinations,” said Committee Chairperson Bongiwe Mbinqo-Gigaba.

He said most learners received the paper via Whatsapp and the department is currently tracking its origins which could be linked to someone high up in the matric exam system.

"Someone who is involved in the system, perhaps someone close to the distribution, someone very close to the movement of the papers. That's why one of the things that we are looking at now is when did the paper become available?" he said.

The department is not able to confirm if a rewrite will be happening, but it hopes that the investigation will give more details so a way forward can be established.

"Right now with the exam schedule having been revised because of Covid-19, it means that we don't have a date and we will have to go back to the calendar to see when the rewrite will take place,"

The Hawks have been investigating the matter and the department has encouraged people to come forward with more information.

“Buying or selling a Grade 12 examination paper before it is written is a criminal offence. Both the seller and the buyer are committing a crime,” Mbinqo-Gigaba said.