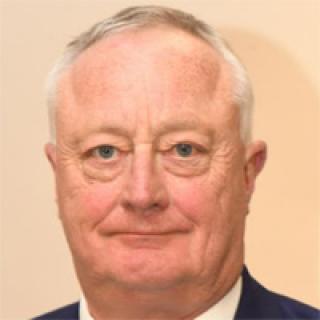 Delegate to your teams, communicate with them and nurture your relationship with your governing body, when preparing for turbulent times at institutes of higher learning.

That’s the advice of Sir Eric Thomas, education consultant and former Chair of the Worldwide Universities Network, to around 65 higher education in a keynote address at the 2019 Inyathelo Leadership Retreat in Cape Town on Tuesday 22 January).

Themed “learning through reflection: advancement for a sustainable future,” the retreat marks the completion of a 13-year, US$22,4 million capacity-building programme. It was funded by American philanthropic foundation The Kresge Foundation.

Coordinated by local non-profit trust Inyathelo ‒ The South African Institute for Advancement, the programme has boosted the sustainability of many South African universities and contributed to new university infrastructure, staff, student and research funding, and bursaries. It is the only international programme to have been supported by Kresge, which has US$3.8 billion in assets.

Sir Eric is also former President of Universities UK, and Vice-Chancellor of the University of Bristol from 2001-2015.

In his address, “The Future of Universities Under Austerity,” he noted that Brexit will – in the short- and medium-term at least, test UK universities’ capacity to deal with declining interest from international students and funding for research.

He suggested similarities between – and lessons to be shared – from shifting sociopolitical dynamics in both the UK and South Africa, and how those effect higher education in terms of change management in turbulent times.
“It is clear that South African higher education is facing some very great challenges over equality, access, affordability and who pays, as well as some philosophical and moral challenges around curriculum contest and historical perspectives.

“The management and leadership of your senior team becomes critical in times of threat and austerity. How (it) functions will be a reflection of the environment in which they have been led over the preceding time.”

Sir Eric adds that this requires a combination of constant delegation to, and empowering of, the senior team, while having regular “kitchen cabinet meetings” to get regular opportunities to test that team’s “emotional temperature.”

He notes, “close contact does not mean you should do their job. I am a great believer in delegation. I fail so see why I should have a senior team, who are well rewarded, and not empower them.”

The second major factor to prepare for challenges to your institutions, says Sir Eric, is to do all you can to ensure that the most talented and experienced people are recruited to the governing body.

“Of course they will be the most challenging but they will also give the most towards the crucial decision-making that will have to happen in austerity.”

Consensus is also crucial: “It is crucial that all the key decisions are made collectively made by the governing body in full possession of the facts and after proper debate.”

Better-known in America, Advancement covers elements such as governance, leadership, relationship-building and financial management. It encourages organisations to work in a holistic, integrated way to attract resources for long-term sustainability.