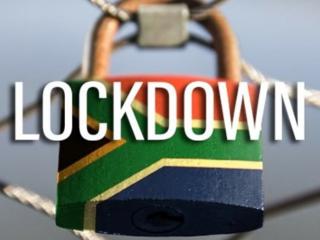 While crime in the country continued to remain low during the COVID-19 lockdown, reported cases began to increase after the country moved to level 4 at the beginning of May.

This was revealed by Police Minister Bheki Cele on Friday while giving an update on the levels of compliance and adherence to the lockdown regulations in the country.

Despite the trends yet to be analysed, Cele said authorities believe that the slight increase is due to the relaxation of the lockdown restrictions.

The easing of the lockdown has seen the increased movement of people and traffic on the road as more companies have gone back to business again.

“While the figures remain low comparatively speaking, we have noted slight increases in some crime categories,” the Minister said.

Towards the end of April, while the country was on level 5, police had recorded 107 000 cases opened, while 118 000 people had been charged for contravention of the lockdown regulations.

“In just over a month, this number has more than doubled and is almost at 230 000 for contraventions,” he said.

This was for contraventions that include liquor and cigarette-related offences, illegal gatherings, failure to confine to a place of residence, cross-border and inter-provincial movement and business-related offences.

Police said Cele, also continue to grapple with transport-related offences, which have actually gone down as the taxi industry has improved in terms of compliance, as well as fraudulent or lack of permits.

“Provinces with the highest number of arrests for contravention of the lockdown regulations almost mirror the provincial infection rates with the Western Cape in the lead, followed by Eastern Cape, KwaZulu-Natal and Gauteng,” said the Minister.

During this period, arrested persons were either issued with fines or released with a warning, while some are out on bail and those cases relating to more serious offences are before the respective courts in the country.

“We know that criminals are opportunistic. So organised crime syndicates have taken advantage of the lockdown especially on the ban of alcohol and cigarettes, and have expanded their illegal trade into the illegal market of illicit and counterfeit alcohol and cigarette sales,” Cele said.

Law enforcement has during the lockdown observed an increase in smuggling of liquor and cigarette contraband between South Africa’s land borders with Botswana, eSwatini, Lesotho, Mozambique and Zimbabwe, as well as the sale of these products on the black market.

“Our lockdown partners the SANDF, have disrupted some of these illegal operations, mainly along South Africa’s borders with Mozambique and Zimbabwe; and confiscated contraband including alcohol and cigarettes worth about R1.07 million in March and R1.6 million in April,” he said.

In relation to serious and violent crime, in April, police observed that there was a dramatic decline in contact crime and trio (house and business, and hijackings) crimes category.

A comparison of the same period in 2019, is as follows for violent crimes:

On recent media reports claiming that GBV cases had gone up by 500% during the lockdown. The Minister clarified that the increase was in relation to the number of distressed calls made to the GBV Command Centre, and not necessarily reported cases.

“Actually, when we refer to gender-based violence, these would cover all crimes against women and children as well as the LGBTQI community. For instance, if a woman walking to the shops is mugged and robbed at gunpoint of her personal belongings by a random suspect, that incident is recorded as a crime against a woman and therefore falls under GBV,” Cele said.

Therefore, said the Minister, for purposes of measuring the impact of the lockdown on homes and families, police use cases of domestic violence.

“With domestic violence, we refer to incidents such as sexual assault, rape, pointing of a firearm, murder, attempted murder, assault and assault GBH, kidnapping and in such instances, the victim and suspect usually have or had a relationship,” he said.

Compared to the same period last year with the lockdown, figures had decreased from 21 033 in 2019, to 6 651 cases of domestic violence during the lockdown, a 68.4% decrease.

“There is a possibility that there could be victims at home who have not or cannot report to the police for a different reason. To assist in this regard so that victims do not feel vulnerable, neglected and unprotected, we urge victims to report to the police because police can really only come in after the crime has already taken place in the private space of homes,” said the Minister.