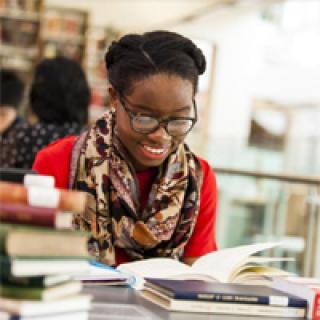 Africa’s leading data science academy Explore Data Science Academy(EDSA) has ramped up its number of sponsored learnerships to 500 in 2020. This represents a five-fold increase since the Academy opened its doors in January 2018 and is indicative of local demand among South African corporates for data science and analytics skills, which currently far exceeds supply. Applications opened today for its industry leading 12-month Seta Accredited Data Science Programme next year.

Launched just two years ago in Cape Town with 100 interns at its first intake, EDSA has an enviable track record of success, placing 95 percent of its 2019 programme graduates in corporate positions at an average starting salary of R360 000 a year.

According to EDSA cofounder Shaun Dippnall, the academy’s learnership has found a sweet spot in terms of overall market demand for data science and analytics skills and the need to build relevant digital skills within South Africa’s youth so that they can thrive in the new economy.

President Cyril Ramaphosa affirmed this need at the inaugural Digital Economy Summit held in Midrand on Friday. He stated that government is committed to train one million young people in data science and related skills by 2030, to ensure that South Africa has the necessary human capital to meet the demands of the digital economy.

“We are the first African institution to offer a focused, comprehensive and free year-long accredited skills data science programme, which is proven to get its learners job ready,” he said.

To qualify for the fully sponsored one-year programme (including tuition and a stipend), applicants must successfully complete an online application, which probes candidates’ analytical and problem solving capabilities, as well as attend a data science boot camp and a round of interviews with the team at EDSA.

Applicants should be between 18 and 35 years of age. No prior degree is required, but a quantitative background is useful. Past interns have had varying skills including mathematics, marketing, media, medical and legal backgrounds. A number of learners are matriculants, who would not otherwise be able to afford a tertiary education.

“Recognising the value of qualified data science skills, many of South Africa’s leading corporate companies looking to digitise their operations and leverage big data, have come on board to sponsor our training programmes,” Dippnall said. Founding sponsor BCX has invested R50-million over three years, while the country’s major banks have also made substantial investments.

The Explore Data Science Academy is the brainchild of founders Shaun Dippnall, Dave Strugnell and Aidan Helmbold, all highly qualified data scientists with actuarial qualifications and experience in lecturing, research and consulting.

“We offer students a globally competitive faculty and a course which incorporates cutting edge training material, leveraging the latest in data science and artificial intelligence research. In the classroom and during the work-experience phase of the programme, we focus on experiential learning, in other words, solving real-world problems. It’s the opportunity of a lifetime,” concludes Dippnall.

The EDSA has campuses in the Bandwidth Barn in Cape Town and in 19 Ameshoff in Braamfontein Gauteng, as well as a new data analytics course. Plans are afoot for a third campus to open in Durban in 2020.

For more information and to apply for an intern post in 2020, go to https://www.explore-datascience.net/