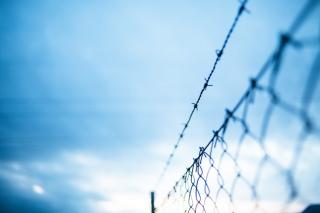 During his address to the nation on Monday night, President Cyril Ramaphosa confirmed that the country will remain on lockdown level 3. The President also announced new adjustments that will be in place while the country remains on adjusted level 3.

Since the start of the new year, South Africa has recorded 190 000 new infections and 4 600 Covid-19 related deaths. This is why the President said it was necessary for the country to remain in level 3 until the peak of new infections passes.

In an effort to further limit the movement of people, the government has decided to close 20 land border posts.

"To reduce congestion and the high risk of transmission, Cabinet has decided that the 20 land ports of entry that are currently open will be closed until the 15th of February for general entry and departure.

"These include the six busiest border posts, which are Beitbridge, Lebombo, Maseru Bridge, Oshoek, Ficksburg and Kopfontein." said the President.

Although the borders will be closed, people will still be allowed to enter and depart the country for various reasons. This mainly includes foreign nationals and daily commuters who come from neighbouring countries, as well as:

"-    the transportation of fuel, cargo and goods,
-    emergency medical attention for a life-threatening condition,
-    the return of South African nationals, permanent residents or persons with other valid visas,
-    diplomats,
-    the departure of foreign nationals,
-    daily commuters from neighbouring countries who attend school in South Africa."

The President hopes the new restrictions will help the country overcome the pandemic. He called on South Africans to play their part in curbing the spread of the virus.

"If we work together as we have done over these many months, if we maintain our resolve, we will realise the new year that we all so dearly hope for." said the President.