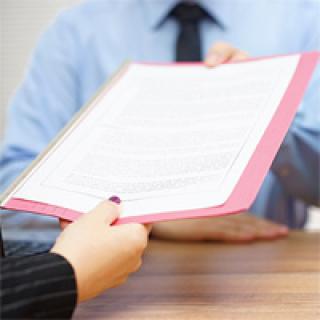 Within most industries, the thought of someone having slightly embellished their CV doesn’t seem too farfetched. However, in some cases, the fabrications have been so extreme that companies have suffered severe losses due to subsequently hiring employees who were not equipped to handle the required tasks.

Reportedly many companies have taken to undergoing strict background checks to secure against this potential threat. To bolster against this, the South African government is working towards passing a law that would mean harsher punishment for those who lie on their CVs.

The truth is we can’t always be sure why these lies are being added to CVs, in extreme cases these may even be criminals that have been dishonest on their CVs to gain access to companies’ secure information or assets,” explains Kyle Condon, Managing Director of D&K Management Consultants.

The Qualifications Amendment Bill would outline that: “any person convicted of an offence in terms of this act is liable to a fine or to imprisonment for a term of no longer than five years, or to both a fine and such imprisonment; and any person, educational institution, board member or director may be ordered to close its business and be declared unfit to register a new business for a period not exceeding 10 years.”

“The Bill should act as a safeguard against dishonest applicants applying for high-profile jobs such as CEOs and Executives. It also aims to aid in cleaning up South Africa’s political scene as politicians will be subjected to even more rigorous background checks with the threat of severe penalties if dishonesty is found,” continues Condon.

In case the previously mentioned penalties stipulated by the bill were not enough, the Bill also aims to publish a name and shame list for those who have been caught out when being deceitful on their CVs. “You want honest employees in your company. You want to be sure that the people you hire have the relevant training and experience to best serve your company’s needs.

This Bill helps to protect the integrity of the hiring process by hopefully deterring dishonest applicants. In the meantime, it is critical that labour brokers and businesses in the process of hiring seek out the services of professional investigation and risk management consultants, to conduct background checks, screening and vetting of any candidates – before they make any appointments,” concludes Condon.