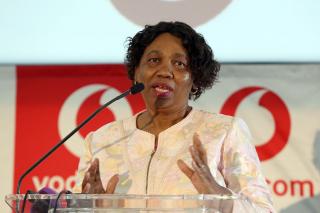 Basic Education Minister Angie Motshekga says almost all provinces are currently doing repairs to schools that were vandalised during the national lockdown.

Briefing the media on Sunday on the state of readiness for the return to school of the second group of grades, Motshekga said a total of 1 718 schools across the country are currently undergoing major repairs following a spike of burglaries and vandalism during the lockdown.

“In Gauteng alone, 351 schools have been affected by vandalism. Six were vandalised just this week, and these are burglaries taking place at schools previously targeted.

“In the North West, a school was torched this week, resulting in three classrooms being damaged.  The province reports that burning tyres were used to set the school on fire,” Motshekga said.

The Minister said the vandalism of schools is a serious setback to the communities affected by these barbaric acts, which cause so much damage to the department’s infrastructure.

“What is disturbing though, is that the criminals continue to cause havoc in our schools,” Motshekga said.

Only Grades R, 6 and 11 returned to schools on Monday, following an agreement by the Council of Education Ministers (CEM).

However, Motshekga said the provinces that are ready to receive Grade R learners on Monday can proceed to receive those learners.

Motshekga reported that to date, water tanks have been delivered to an additional 2 175 schools.

“In total, Rand Water assisted with filling on-site storage tanks at 3 380 schools. It is important to note that over and above the Rand Water contribution, there are several other water boards and municipalities working hard to ensure sustainable water supply and appropriate sanitation at our schools,” Motshekga said.

When the department started the discussion on the reopening of schools, Motshekga said the provincial education departments identified about 3 500 schools with water supply challenges.

She said municipalities came on board as part of the cooperation between the Department of Basic Education, Cooperative Governance and Traditional Affairs, South African Local Government Association, and Municipal Infrastructure Support Agent.

Meanwhile, Motshekga said to mitigate the resultant challenges of COVID-19, the department continues to provide support to learners at home with a variety of platforms, including radio, television, online and in school.

“We have 197 sites that are zero-rated and have good curriculum content that can be accessed, whether one has data or not. These interventions are part of the department’s effort to ensure unlimited access to content for learning during this time,” Motshekga said.

Motshekga expressed her appreciation and sincere gratitude to the Department of Communication and Digital Technologies for the continued supported in this regard.

The list of zero-rated is available on the Department of Basic Education home page www.education.gov.za.

Motshekga emphasised that the lessons learnt from COVID-19 must be strategically used to plan for the future.

“We must strive to bring forward some of the strategic plans under development, for implementation.  All of this should be done during our term of office,” the Minister said.

She said strategic plans on the improvement of school infrastructure, including the general maintenance of schools, the provision and sustenance of water and proper sanitation, and plans for the roll-out of Information and Communications Technology, must be brought forward and fast-tracked to finality.

“As South Africans, we have agreed that education is a societal matter.  We, therefore, have an obligation to turn these noble words into tangible action.”