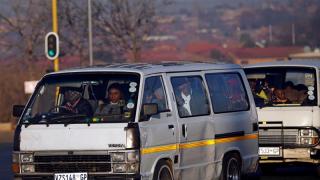 The Pretoria High Court granted an order dissolving the current MATA executive committee following the breakout of violence, unrest and instability in Mamelodi, east of Tshwane.

Mamabolo had launched an urgent application with the court following the violence which has claimed the lives of at least 19 people.

In an attempt to ensure that the lives of commuters are not further disrupted, Mamabolo opted not to close the routes on which the mini-bus taxi operators operated or suspend any of the operators’ permits.

Following consultation with the taxi industry, the MEC has appointed Hettie Groenewald as the Administrator of MATA with immediate effect. She is tasked with rebuilding MATA and restoring orderly operations over the next three months to prepare for the election of a new executive committee.

Groenewald has been practising as an attorney for a period of 40 years specialising in taxi-related matters.

Mamabolo hailed the Pretoria High Court decision as a victory towards the restoration of order and the quelling of taxi violence in the Mamelodi area specifically, and in Gauteng generally.

“Although this was an extraordinary measure, our intervention was designed to ensure the safety of passengers without disrupting the public transport operations in the area,” said Mamabolo.

The MEC is empowered through the National Land Transport Act, 2009, to intervene by suspending permits, operating licences and closing taxi ranks.

The Pretoria High Court order confirms that, due to the nature of the operation of taxi associations and the nature of the service they provide, the MEC should, as one of the organs of state tasked with ensuring the safety of commuters using public transport, intervene to restore law and order.

“Our intervention ultimately aims at restoring order and ensuring that MATA members are allowed to appoint an executive committee and operate in terms of their constitution instead of operating through the barrel of a gun.

“The Department of Roads and Transport as the government authority responsible for the granting of permits and operating licences has a responsibility to ensure that these are always used for the benefit of the commuters and not as licences for criminality,” Mamabolo said.

He said it is important for the taxi industry to appreciate that taxi associations’ members are granted operating licenses to provide transport services, and “definitely not to use these operating licenses as instruments of crime”.

“We will not hesitate to act decisively without fear or favour where operating licenses are used for improper purpose,” Mamabolo said.