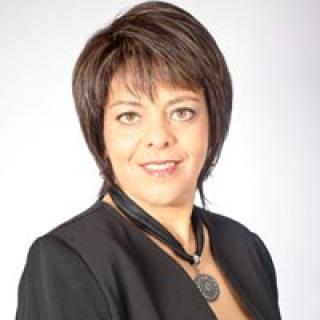 Management coaching has been used by many South African organisations in recent years to develop male and female management, including listed companies, banks, insurers and parastatals. However, it is not yet part of a mainstream human resource development, even though it has significant benefits for the professional development of women, specifically at key career transition points.

When coaching is used as part of a company?s total development plan for its female employees, women leverage their talents, including; emotional intelligence and relationship-building competence to influence stakeholders at all levels; better navigate the demands placed upon them from the network of organisational systems; processes and roleplayers and in doing so, contribute significantly to the success of the team she belongs to. This is according Dr Salome van Coller-Peter, management coach and programme manager for the University of Stellenbosch Business School?s MPhil in Management Coaching.

"For stronger representation in the boardroom, women need opportunities to gain the experience which would allow them entry into top-positions. Thus the challenge for the leaders of corporations is to nurture their female talent on lower-levels of the organisation. Their development should be driven from the top as a key business-initiative, coupled with the necessary governance, measurement and reward-practices to ensure sustainable results,' says Van Coller-Peter.

Although a number of laws have been passed in recent years that look to women?s interests in the workplace, such as the Employment Equity Act (which sets out to eliminate discrimination in the workplace on the basis of gender, race, or disability) and the Skills Development Act (which aims to improve the general skills level throughout industry), she explains that a range of barriers to female career progression exist.

"These include perceptions about women?s management style, difficulties with masculine organisational cultures, managing family commitments, gaining the right experience and access to the right people to advance, such as mentors and role-models. In South Africa, some of these barriers relate to how different cultures perceive the roles and strengths of women.

"In some organisations which are still white-male dominant, the workplace emancipation of women could be seen as a threat to men?s receding status on the ladder of "most-wanted' employees, especially in the light of employment laws which favour women.

"When coaching female leaders from some of the Black African cultures, a common theme which emerges is for them to be perceived as equally efficient, assertive and commanding as the male counterparts who originate from the same culture as they do.'

Van Coller-Peter suggests that team coaching can be used to align the strengths of different team members.

"Team-coaching-sessions, for purposes of enhanced integration and successful transformation, often revolve around topics related to leadership culture with a key focus on collective values and how these play out in the team, as well as how this could be enhanced to ensure better alignment between team members and the company culture. This approach is useful to both genders, as it ensures that the views of all individuals are considered and included. The aim of this approach is to maximise the purposefulness and contribution of all team members for the greater good of the organisation,' Van Coller-Peter concludes.