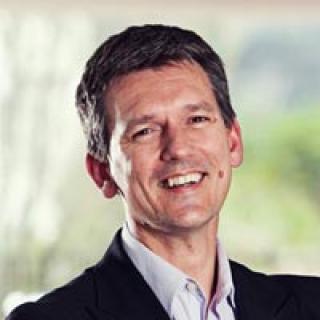 The recent announcement that Pioneer Foods is to retrench 1200 mid-to-
senior management in order to increase its operational efficiency and ultimately
expand profit margins, has raised queries with regards to whether such
strategies are effective in keeping businesses operational during economic
downturns.

"Retrenchments can form part of an effective strategy to control a business?s
margins. An effective policy of retrenchment that is implemented well, is
necessary in laying the foundation to grow the business in the future.
Companies cannot operate under continuous profit threats, and as such,
businesses must assess which structures and roles are necessary and
streamline these. As such, retrenchment policies are effective - but only if they
are implemented correctly,' says Arjen de Bruin, head of Operation Solutions at
leading performance improvement consultancy OIM.

De Bruin believes that due to the struggling economy, flailing investor
outlook and pressure from the unstable labour market, South Africa will see a
trend of increased retrenchments at mid-to-senior management level. He says
that this has already happened with companies operating in the retail and
financial services sector in the last year, and can be common when there is a
change in the organisation?s culture, with the appointment of a new leader or
CEO.

"Companies who aren?t experiencing volume growth due to a lack of product
or service sales need to fund their efforts in order to keep the business
operating, which in many cases means scaling down, in order to expand later
on. Retrenchments at this point may become a good strategy to increase profit
margins. Often a new leader may assess the business?s strategy and direction
based on its performance, and decide to streamline the company and its
business units.'

De Bruin adds that although retrenchments are sometimes necessary, they
will have a negative impact on a business. "It affects the culture of an
organisation, and can cause inertia with remaining staff, due to stress and
negativity, especially in the event of a drawn-out retrenchment process. In this
sense, it can impact on a business?s productivity, even though it hardly impacts
on a company?s operations due planning and strategy implementation.'

In light of a possible trend in increased retrenchment with mid-to-senior
management, De Bruin says that companies can manage this situation to ensure
its business is not adversely affected.

"Communication during such time is essential to staff, especially in the form
of face-to-face meetings, to explain the company?s rationale and renewed
direction. This should be done with all staff - not only those affected by the
retrenchments. Strategies can be put in place to deal with the retrenchments,
for example, a company can work out a deal with an employment agency to
actively seek work for those retrenched. The process should not be dragged out
for longer than three months, especially where there is a focus on different
divisions both nationally and regionally, as this will impact on the remaining
staff.'

De Bruin says that, together with the law, other options should also be
considered as a last resort to retrenchment. "International companies often
offer their employees the option of unpaid leave for six months or more, and
guarantee the employees their job once the company performs better,' he
concludes.