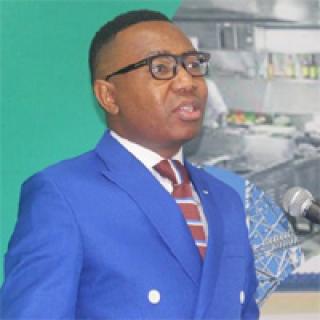 Higher Education and Training Deputy Minister Mduduzi Manana has been granted R5 000 bail after appearing in the Randburg Magistrate’s Court in Johannesburg on an assault charge.

The Deputy Minister made a brief appearance in court after he handed himself to the police on Thursday morning, following reports of the assault of Mandisa Duma, which took place at Fourways Cubana, Johannesburg, on Sunday morning.

The case was postponed to 13 September 2017 for further investigation.

Addressing the media on Thursday regarding the assault case against Deputy Minister Manana, Police Minister Fikile Mbalula said rape and domestic violence against women and vulnerable groups are serious crimes.

“Whether the rape is occurring between strangers or acquainted persons, it is still a crime. Women are not the property of males in this country. No human has a right to own and control another,” Minister Mbalula said.

“Citizens have rightfully demanded that this case be treated as serious and urgent, due to the identity of the perpetrator. I agree. A few days passed without a court appearance due to witness statements that had to be obtained and the case docket that had to meet the good standards we have set to make sure we prosecute successfully,” Minister Mbalula said.

Asked why the Deputy Minister was not arrested immediately after the incident, Minister Mbalula said the immediate danger had subsided, and that “rushing leads to many simple and straight forward cases being bungled”.

“SAPS has been thorough and the law is taking its course. [The] State fully supports the victim and acts only on behalf of the victim. The case is going to be Mduduzi Manana vs the State acting for the victim. Many have asked for a rush to arrest the suspects. However, the law does not always work that way,” the Minister explained.

He further assured the public that the law will take its course and the Deputy Minister’s case would not be treated with kid gloves.

“[Manana] must answer to the charges that are before him, and the investigators and prosecutors must do their job in this case. The Constitution advocates that the law cannot have eyes (sic). The man on the street wants to see justice done, and that’s where the law must execute.”

Removing barriers to reporting of gender-based crimes
Meanwhile, the Minister announced that he will on Friday unveil a Policy on Removing Barriers to Reporting of Gender Based Crimes, Domestic Violence and other related crimes.

The policy aims to make it easier for women and all vulnerable groups to report serious crimes to police.

Minister Mbalula said the policy states that no woman must be turned back from a police station. Each person reporting a crime must be treated as a genuine victim, and must not to be second guessed but assisted.

“We are saying a slap on the face is a potential murder… unwanted touching is potential rape. All victims and their families must be offered victim support… Our police stations will treat victims or survivors with care and all sensitivity in line with the trauma they have gone through,” Minister Mbalula said.

Gender based violence victims can call the toll free number on 0800 428 428 (0800 GBV GBV) and will be able to speak to a social worker for assistance and counselling. Callers can also request a social worker from the command centre to contact them by dialling *120*7867# (free) from a cell phone. – SAnews.gov.za