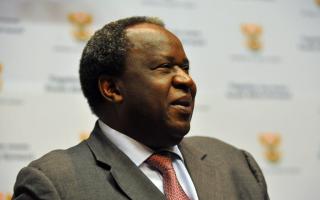 Finance Minister Tito Mboweni says the National Treasury has made changes to the Loan Guarantee Scheme to make it easier for businesses to apply for business restart loans.

The Minister said this when he addressed the National Assembly virtual plenary session on Thursday.

The R200 billion Loan Guarantee Scheme was announced as part of a COVID-19 relief package when lockdown started. The scheme is aimed at providing a lending hand in a form government-guaranteed loans to small businesses with a turnover of less than R300 million to cover their operational expenses such as salaries, rent and utilities.

“As we gradually open the economy, we expect more lending to take place as businesses retool themselves to restart and adapt.

“We have made changes to the scheme, effective from today [Thursday]. This includes business restart loans, aligning the credit assessment criteria, increasing the length of the loan drawdown and repayment period, and relaxing the credit risk criteria, South African Reserve Bank and the Banking Association,” he said.

The Minister added that further details would be posted on the National Treasury website.

This comes after the government initiated a wide-ranging relief package to manage the immediate impact of the virus in March this year.

The initiatives involve scaling up capacity in the public health system and mitigating the effects of restricted economic activity for households and businesses.

“Concurrently, the South African Reserve Bank has reduced interest rates and provided support to the bond market, while indicating that it is prepared to take additional action as required.”

As South Africa awaits the outcome of the $4.2 billion COVID-19 loans from the International Monetary Fund, the Minister said National Treasury was hard at work to stabilise public debt.

As set out in the Supplementary Budget, the gross borrowing requirement has increased to R776.9 billion, with the gross national government debt is projected to increase to R3.97 trillion (or 81.8 percent of GDP) in in the current year.

“Underpinning all of this, sound finances are critical for our country. The team at the National Treasury is working tirelessly to deal with our ballooning public debt. Even as South Africa responds to the current health and economic crises, a fiscal reckoning looms.

“The public finances are dangerously overstretched. Without urgent action in the 2021 budget process, a debt crisis will follow,” said Mboweni.

The Minister said failure to contain debt, the budget deficit and debt-service costs will damage the country’s long-term economic prospects.