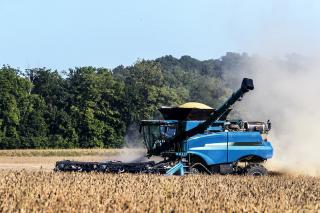 The Deputy President said this when he fielded questions in the National Assembly on Tuesday.

Ahead of the government declaring the National State of Disaster due to the Coronavirus pandemic, the Minister of Cooperative Governance and Traditional Affairs, Dr Nkosazana Dlamini Zuma, declared South Africa a national disaster area on 4 March after considering the impact of persisting drought conditions in many parts of the country.

In implementing this decision, multiple affected provinces were advised on the allocations and in response they needed to present their business plans on how these resources would be expended.

He said the Inter-Ministerial Committee on Land Reform and Agriculture, established by the President at the beginning of the current administration, has been seized with issues of land reform and the coordination of agricultural support to farmers.

Addressing MPs on Thursday, Mabuza said the lockdown had disrupted these processes.

“The national lockdown disrupted this process as movement, which would have facilitated engagement with affected farmers was limited.

“After the lifting of alert level 4, the Minister of Agriculture, Land Reform and Rural Development and the Minister of COGTA, once again requested provinces to act on this matter in order to ensure that affected farmers are duly supported.

“We expect that the business plans will take into account the diminishing fiscal resources and the negative impact of COVID-19,” he said.

Mabuza said this called on the government to reprioritise the available resources to respond to the impact of the pandemic.

“This means that resources may not always match the needs on the ground, including on this issue of drought.

“However, as government and all stakeholders in the agricultural sector we should work together with a common purpose, in ensuring that we optimise limited resources to sustain this important sector and save jobs.

“In the final analysis, the cumulative negative effects of climate change, resulting in severe drought and flooding, affects all of us, and as such, we have to find common ground and a unifying purpose to unlock the full potential of the agricultural sector presented by among others equitable land reform,” he said.