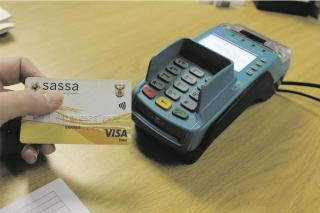 The South African Social Security Agency (SASSA) is encouraging applicants of the R350 Covid-19 grant, whose claims have been rejected, to forward their appeals to the agency.

SASSA says that some claims could have been rejected for several reasons including inconsistencies in the details provided by beneficiaries and the information received from institutions such as the Unemployment Insurance Fund (UIF) and South African Revenue Service (SARS) databases.

Meanwhile, the agency said that there had been another spike in the number declined applications in August following its introduction of an extra step in the form of a means test.

“This was done to ensure that the requirement for applicants to have no income was met,” SASSA explained.

However, after talks with the Department of Social Development, it was decided to reconsider the use of the test through the banks as a measure to determine whether the applicant is eligible.

“This will affect the approximately 1.9 million people, who have been receiving the grant to date but who were declined in August,” SASSA said.

SASSA says that the legal framework that supports the reconsideration of the use of the test beforehand is being revised by the department and will be published soon.

“These amendments will clarify the qualifying criteria and support SASSA in ensuring that deserving citizens do receive the support they are entitled to for the duration of this grant.”

The use of the means test and other strict measures comes after an Auditor-General (AG) report recently found that about 30 000 applicants receiving the grant did not meet the qualifying criteria.

“In response to this finding, SASSA reviewed and strengthened its controls with regard to the evaluation of applications,” the agency said.

Applications for the grant are now considered based on their merits on a month-to-month basis (rather than a once-off assessment), meaning that an application can be approved for one month and rejected the following month if, for instance, their financial situation changed in the meantime.

“This has become more prevalent with the lockdown levels easing, allowing for some sectors of the economy to return to work, and thus reducing the number of severely distressed citizens.”

Despite the country’s move down to alert level 1 of the lockdown, SASSA said that it was aware that many people are still without an income despite the fact that the pandemic has - for the most part - taken its toll.

“All applicants whose applications are declined have the right to appeal against the decision," SASSA said, adding that it is currently dealing with about 60 000 appeals.

Do you want to appeal your rejected application? Forward the SASSA is encouraging people to send their appeals to [email protected].