The Department of Military Veterans says it is looking at other solutions to ensure that it can continue with its education support benefit to qualifying military veterans and their dependants.

The Department of Military Veterans says it is looking at other solutions to ensure that it can continue with its education support benefit to qualifying military veterans and their dependants.

The department’s Director-General, Derrick Mgwebi, on Monday said the department is soliciting support from the private sector and other State-owned entities to reduce the constraints of restricted financial resources.

This is after the department announced that it would not be accepting new applications for education support for the year 2019.

Speaking at the Military Veterans offices in Pretoria on Monday, Mgwebi, said the department has been providing education support to an insignificant number of military veterans and their dependants since 2013. However, the numbers increased exponentially as the years progressed.

Due to financial constraints, the department has decided not to accept new applications for education support for 2019.

“The department remains committed to providing education support to all cualifying military veterans and their dependants. The department will be opening applications for all qualifying continuing learners and students for the academic year 2019,” Mgwebi said.

According to Mgwebi, the Minister of Defence and Military Veterans, Nosiviwe Mapisa-Nqakula, is engaging her counterparts in the Department of Higher Education and Training, Basic Education and National Treasury in an effort to find sustainable solutions to the challenge.

Mgwebi said students and learners currently funded by the department will continue to receive financial support for the duration of their studies.

The department will be embarking on roadshows to provinces to talk to military veterans and their affected dependants about the challenges in a bid to find better, sustainable solutions.

“An integrated team has been established with stakeholders such as SANMVA and the advisory council to assist the department with finding lasting solutions,” Mgwebi said.

The department has to date supported approximately 5 800 education support beneficiaries to the amount of R142 million against the initial budget of R26.4 million in both basic and tertiary education. – SAnews.gov.za 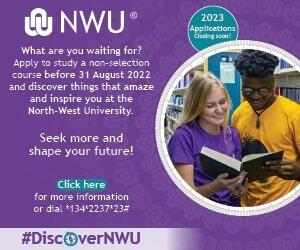 Department Wants Stern Action Against Harassment In The Workplace

The Department of Employment and Labour Is calling on employers to take action to stop harassment in the workplace. This comes after more than 1000 disputes were referred to the Commission for Conciliation Mediation and Arbitration (CCMA) over the last year.

Thousands of school learners will begin their primary and high school journeys in 2023. If these learners live in Gauteng, it's important that parents submit school applications before Friday’s midnight deadline.

Keeping Your Balance During Matric Studies

If you’re feeling the stress of the upcoming Matric exams, the best thing that you can do is connect with those who can help and learn something new about how you can best re-frame the experience.

The minister of social development came under fire last week after she made remarks that suggested that social workers who received government bursaries will find work, leaving those who were self-funded to fend for themselves.

With an extremely high youth unemployment rate, the Basic Education Employment Initiative (BEEI) served as a beacon of hope for thousands of young people. The department has announced that the initiative will continue to make a difference in the lives of youth.