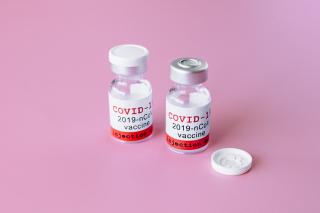 Government has secured 30 million Johnson&Johnson vaccines that will be produced in South Africa.

President Cyril Ramaphosa confirmed that the vaccines will be produced at Aspen Pharmacare's factory in Gqeberha.

“This Aspen belongs to us as South Africans and it is making life-saving vaccines and we as South Africa must be in pole position to be able to get vaccines that are manufactured here,” said Ramaphosa.

The President said government is working to secure more vaccines from different suppliers in order to meet the national goal of vaccinating 67% of the population.

“There is a great competition around the world about acquiring vaccines and we’re focused more to say, we’ve got to acquire vaccines as quickly as possible so that we can save our people’s lives.”

He said despite receiving criticism of a slow vaccine rollout, government is on track, as South Africa is not alone in facing delays.

Other European countries, as well as Japan also started their vaccine rollout later than expected.

“People tend to think we’ve lost time, we’ve lost a bit of time but we are still on target in terms of our phase and we’re now going to speed up the whole process of getting these. So, losing doesn’t mean in my book that government is failing.”

The President has reassured the public that government will continue working hard to save lives.

“We haven’t been sleeping on the job. The Minister and the Deputy President don’t sleep, making sure that we work very hard to get those vaccines.”