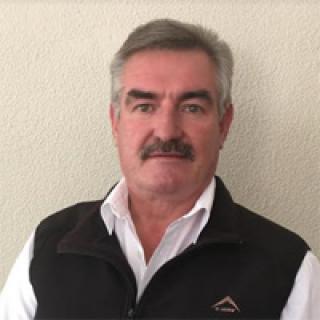 The Artisan Training Institute (ATI) has appointed Danie Wentzel to head up its satellite training centre in Kimberley.

ATI purchased the training campus from De Beers in June 2019, giving the 47-year old facility a new lease of life and continuing its legacy of producing competent artisans in various technical trades.

“Danie brings strong training credentials and a wealth of expertise in the mining sector to the table and we are delighted to have him on board to grow our training footprint in the Northern Cape,” says Sean Jones, managing director of ATI.

In his role, Danie will also steer youth development initiatives in the province, which includes developing new pathways for youth to enter the job market and be job ready.

In 1995 he was appointed as an electrical training officer at Anglo Vaal’s Lorraine Gold Mine and later qualified as an engineering risk assessor and moderator.

When Anglo Vaal changed to Target Mine, Danie was appointed as the training coordinator for engineering and trackless mining, where he worked until 2004. During this time, he received his Diploma in Training & Development from City and Guilds of London Institute.

The last stretch of his career was as group training development manager for Minopex where he was responsible for all training-related matters within the company both nationally and internationally, including legislative and labour matters.

Danie played a leading role with the Mining Qualifications Authority (MQA) from 1999 to 2010, developing various engineering and trackless mining skills programmes. The MQA seconded him to merSETA to assist with the development of various qualifications.

“ATI’s Kimberley campus holds enormous potential to the Northern Cape. I look forward to building a pipeline of competent artisans that will bring quality technical skills to the provincial government, the mining industry and other sectors in the province.” Danie concludes.