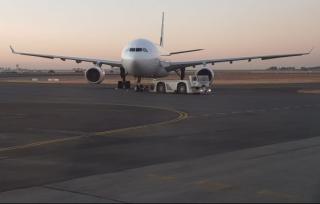 Minister of Public Enterprises, Pravin Gordhan, has welcomed the government’s decision to put billions of Rands towards finalising the Business Rescue Plan (BRP) and restructuring of South African Airways (SAA).

Minister of Finance, Tito Mboweni, made the commitment while presenting the Medium-Term Budget Policy Statement (MTBPS) in Parliament on Wednesday.

“Failure to allocate the funds would have resulted in the liquidation of the airline at the cost of more than R18.5 billion. Further, the liquidation would have meant that SAA employees would have been worse off and received a maximum of approximately R32 000 per staff member, regardless of years of service, to the extent that there are funds available,” the Ministry of Public Enterprises said on Thursday.

Workers will only receive payment once the final liquidation and distribution account has been approved which can take up to 24 months.

“The Ministry believes that the completion of the business rescue process is the only viable alternative to a viable and sustainable national carrier – one which supports job preservation and the ability to bring the airline back from the brink to a position where employees, suppliers and business partners can continue to contribute to the South African economy and its integration into the global economy.”

The R10.5 billion will set the stage for the finalisation of the business rescue process and restructuring of the airline by:

The department is working towards the national interest objective of creating a new airline during the first half of 2021.

This – it says – will be done professionally and sustainably to support key economic sectors – including tourism and solidify South Africa as an African gateway to international markets.

“The Ministry believes that the restructuring contained in the Business Rescue Plan for SAA is fundamental and will create a solid base for the emergence of a competitive, viable and sustainable national airline for the Republic of South Africa.

“The cumulative effect of these actions is that government will be partnering with the private sector in the launch and management of the new airline and relieving the financial burden from the fiscus,” the Ministry said.

The Business Rescue Plan, concluded in line with section 151 of the Companies’ Act, also made the following recommendations:

The Plan considers the following: