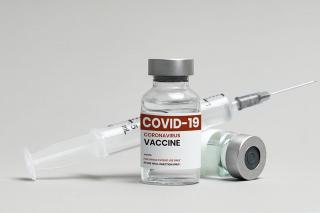 Moderna has claimed that its Covid-19 vaccine is effective against the variants discovered in South Africa and the United Kingdom.

In a study, the Moderna vaccine was tested against the variants by taking blood samples from eight people who had already received two doses of the vaccine.

The vaccine was also tested on two primates who had been immunised.

For the variant first discovered in the UK (B.1.1.7), the study found that the vaccine had no impact on the level of neutralising antibodies that were caused by the previous doses.

On the other hand, the variant first discovered in South Africa (B.1.351) was found to have experienced a sixfold reduction in the neutralizing antibody level.

“As we seek to defeat the Covid-19 virus, which has created a worldwide pandemic, we believe it is imperative to be proactive as the virus evolves. We are encouraged by these new data, which reinforce our confidence that the Moderna Covid-19 vaccine should be protective against these newly detected variants,” said Stéphane Bancel, Chief Executive Officer of Moderna.

"Out of an abundance of caution and leveraging the flexibility of our mRNA platform, we are advancing an emerging variant booster candidate against the variant first identified in the Republic of South Africa into the clinic."  said Moderna CEO, Stephane Bancel.

However, scientists remain concerned that the South African variant carries a higher viral load, making it more contagious than the first strain of Covid-19.

Professor Shabir Madhi, a virologist from Wits University said Moderna could be overstating the effectiveness of the vaccine against the variants.

He said Moderna would not be trying to create a second generation of the vaccine if the first generation was as effective as they claim it to be.

"They're cautiously optimistic that the vaccine might work. The problem that we're currently experiencing is that we don't know exactly what concentration of antibody is required for vaccines to work against this particular variant." said Madhi.