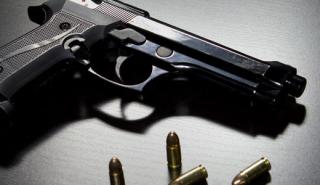 The South African Police Service said in a statement today that it has destroyed over 30 000 illegal firearms that were in the wrong hands and taken off the streets.

Most of which had been seized by the police during intelligence-driven operations and through tip-offs from concerned citizens. The firearms have been destroyed through a melting process that took place at Arcelor Mittal Steel in Vereeniging, Gauteng.

The National Commissioner of the SAPS, General Khehla John Sitole has, as per the prescripts of the Firearms Control Act, 2000 (Act No. 60of 2000), issued a notice in the Government Gazette on May 13 2020, of his intention to destroy these firearms.

This notice was to grant those who may have had a valid claim to any of the firearms, an opportunity to make representations to the Registrar as to why the identified firearms should not be destroyed.

The Registrar has not received any representations within the prescribed 21 days after the publication of the Government Gazette.

Over 33 000 firearms have now been destroyed for the first half of this financial year. The latest destruction included 30 913 handguns, 1 452 rifles and 894 shotguns as well as 725 firearm parts.

SAPS said that it will continue to fight the proliferation of illegal firearms and ammunition as they “pose a threat to the safety and security of the citizens of this country on a journey to a safer South Africa”.

“We are appealing to members of communities, especially those that are plagued by serious and violent crimes committed with firearms, to report any knowledge of such perpetrators and firearms to the SAPS Crime Stop number ‪086 00 10111 or to send tip-offs on the MySAPS App” the statement said.

Callers may remain anonymous and all information received will be treated with confidentiality.

Members of the public that must handle the firearms of their deceased relatives are encouraged to do so in line with the prescripts of the law.

The Firearms Control Act stipulates that in case of death, the family of the deceased or the executor must dispose of the firearm by deactivating it through a gunsmith, sell it to an accredited firearm dealer or individual, or voluntarily surrender it to the SAPS for destruction.