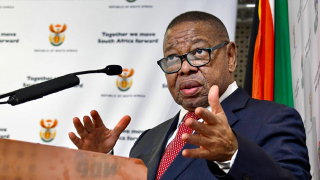 Following a request for more funding for NSFAS, the Cabinet has approved to give NSFAS more money.

Higher Education Minister Blade Nzimande said the shortfall faced by NSFAS led to the delay of the announcement of funding decisions.

Minister Nzimande has confirmed that NSFAS has been approved to fund students completing their first undergraduate qualifications.

This means that no new funding will be made available for new entrants on second or postgraduate qualifications.

These students will have to apply for funding from the National Research Foundation (NRF).

There are also ongoing engagements with the Sector Education and Training Authority (SETA) to address the issue of postgrad funding for students.

Government has also been looking for ways to encourage more students to study in scarce fields.

Nzimande has confirmed that bursaries will be provided to students studying in scarce fields. This funding will apply even to students who would not necessarily qualify for NSFAS

The Minister said government has been receiving many requests for students to receive more funding.

These requests for more funding have mainly been influenced by students who are unable to pay outstanding debts to their institutions.

“Some of the demands that are being received by government and universities relate to the debt of students who may not be funded by nsfas but who are struggling to register because they have not been able to pay debt but are doing well academically” said Nzimande.

The Higher Education department is working to find a solution for these students, as many of those with outstanding debt do not qualify for NSFAS funding.