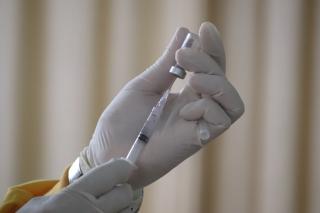 The second batch of Johnson&Johnson vaccines will be arriving this week, following the recent start of the first phase of the vaccine rollout.

“Our health care workers, who are our frontline soldiers and main defense in fighting this virus, have not been spared the devastating effects of the second wave in South Africa, driven by the 501Y.V2 variant,” said Health Minister, Dr Zweli Mkhize.

The Health Minister said South Africa chose a Covid-19 strategy that was guided by science.

"Our approach has paid off as we have been able to be nimble and precise around the tricky issue of the variant” he said.

The negotiating process for the vaccines is complex, as government has been in talks with multinational manufacturers.

Issues of nationalism and protectionism became apparent during the negotiation process.

It was recently discovered that more than 133 poor countries have not yet received the vaccine because richer countries were able to use their resources to take more than they needed.

Minister Mkhize said it was for this reason that South Africa decided to have a diversified vaccine strategy, by making use of vaccines from different manufacturers.

This was done through engagements with individual manufacturers, as well as through the COVAX facility. More engagements and negotiations also took place regionally through the African Union’s Vaccine Financing and Vaccine Acquisition Task Team.

“We have signed Non-Disclosure Agreements with most of the leading manufacturers. This allows us to gain critical insight into their supply lines, their manufacturing plans and possible blockages in the manufacturing pipeline. It also allows us to pursue negotiations over prices, volumes and timelines for delivery,

“By pursuing vaccination under the Sisonke Protocol, which allowed us to use the Johnson&Johnson batches that had already been certified by SAHPRA under research conditions, we will be one of very few nations that undertakes a well-designed impact assessment as we rollout vaccines to our health care workers.” said Mkhize.