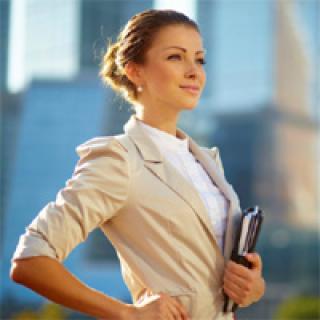 The benefits of women in the workplace are even greater than originally thought, according to a new study by the International Monetary Fund. If countries with low gender equality improved their equality ratings, they could see their economies grow by an average of 35% (South Africa was ranked 19th in terms of the 2018 global equality ranking scale).

While recognising the talents that women can bring to the workplace is so important, IMF Head Christine Lagarde points out that the world economy would also be less prone to financial collapse with more women in senior roles.

Women bring new skills to the workplace, and help to boost productivity as well as the size of the workforce. The IMF has started to press member countries to put into action policies that empower women, such as urging India to improve transport to make it easier for women to get to work and calling on Morocco to change its inheritance laws.

The research suggests that banks would be more stable if there were more women on their boards. Banks which have more women in executive positions have larger capital buffers, fewer non-performing loans and lower risk indices.

We are past debating the integral role women play in growing economies. Yet the gender gap is still massive. In 2018 the World Economic Forum estimated that the global gender gap will take 108 years to close and economic gender parity will take even longer – about 202 years.

France and Germany tax men and women separately rather than jointly when they live in the same household. Female participation is still way below that of men, and the gender pay gap among rich countries members is 16% (amongst members of the Organisation for Economic Cooperation and Development, a think tank for developed nations). Although South Africa has done relatively well at 19th for overall gender equity, we came in at 91 for economic participation and opportunity. We have plenty of room to improve.

Interestingly, 88% of countries worldwide have restrictions against women in the workplace embedded in their constitutions or laws. Some forbid women from doing specific jobs, 59 countries have no laws against sexual harassment in the workplace and there are 18 countries where women can be legally prevented from working.

While we don’t have any institutional restrictions on women in the workplace in South Africa, there are a number of barriers for women in business.

Women are judged more harshly at work than their male counterparts, particularly when it comes to making mistakes. Women who lead large public and private companies face greater scrutiny because of their gender. They’re also more likely to be judged according to their voice and personalities. In 2015, a study found that women’s perceived competency drops by 35% when they’re judged as being forceful or assertive — qualities often lauded among male CEOs. So, women don’t make mistakes more often than men, but when they do the consequences are harsher; they fall harder than their male counterparts.

Author Tomas Chamorro-Premuzic raises two powerful questions we should consider. Why is it so easy for incompetent men to become leaders? And why is it so hard for competent people to advance, especially competent women?

When competent women and men who don't fit the stereotype are unfairly overlooked, we all suffer the consequences. The result, he argues, is a deeply flawed system that rewards arrogance rather than humility, and loudness rather than wisdom.

There is plenty of evidence that shows improved profitability for businesses with women at the top. The recent IMF study provides proof that gender empowerment means higher growth, a reduction in inequality, an improvement in the strength of the economy and a more diversified, export-focused country.

What is South African business waiting for?

· Donna Rachelson, a branding and marketing specialist is CEO of Branding & Marketing YOU and author of SA’s best-selling book Play to Win: What women can learn from men in business. She is an award-winning businesswoman and business investor who advocates for empowering women and entrepreneurs. She is also a well-known speaker. www.donnarachelson.com