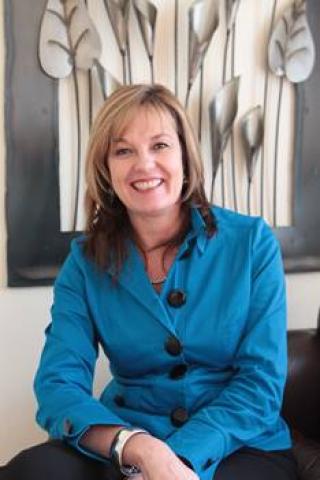 Despite South Africa’s massive unemployment crisis, there remains great demand in the world of work for suitably qualified employees in a range of fields. At the same time, there are thousands upon thousands of young people who are convinced that gaining the necessary skills to fill these positions is out of their reach, for a host of reasons which are often based on incorrect perceptions.

“When people think of further study, they often think that the only worthwhile option is degree study at a public university. This could not be further from the truth,” says Elbie Liebenberg, Managing Director of Oxbridge Academy, which serves more than 20 000 South African distance learning students every year.

She says there is a range of misperceptions about study options which results in the unfortunate situation that young people give up hope too soon, and never realise their personal and professional potential.

“We would like to urge learners, and those who have already left school, with no idea where to go from here, to consider whether they are being held back because of false beliefs about their own abilities and the conviction that there are no opportunities out there,” Liebenberg says.

She says it is usually one or a combination of the following myths which cause individuals to not pursue further study:

MYTH 1: I AM NOT SMART ENOUGH

“Our society focuses on the high achievers – the Masters and Doctoral graduates who perform in their respective fields. For many of us, degree and post-graduate study is indeed not the right path. However, there are thousands of companies and small-to-medium businesses that need the skills required to do specific jobs in specific fields where a vocational qualification is more desirable than, for instance, a Bachelor of Arts degree.

“So if you thought studying meant going to university, and that that is the only worthwhile option, you are quite mistaken.”

Liebenberg says that there are hundreds of vocational qualifications that are accessible even to young people who did not pass Matric, or passed without university exemption, and that people who have no idea about what to do with their future should make a serious effort to investigate courses available at registered and respected institutions.

“Do some online research, and investigate both the qualifications on offer, as well as the institution offering the qualification. Make sure that you check out online testimonials, because there you will find the opinions of people just like you. Importantly, make sure that the promise of the institution and the testimonials of alumni align, because that means you can be sure you will be looked after on your study journey, and that you will receive the support you require on your road to success.”

MYTH 2: EVEN GRADUATES DON’T GET JOBS IN SA SO ‘LESSER’ QUALIFICATIONS ARE POINTLESS

“Young people are often, and understandably, despondent about their chances in the job market, given our high unemployment rate,” says Liebenberg.

“But again, this is because there is too much focus on the ‘prestige’ of a degree, versus the utility of a vocational qualification. There is literally a plethora of fields where employers want to see proof of competency, instead of an unrelated degree,” she says.

These include – but are not limited to – certain positions in advertising and marketing, bookkeeping and accounting, business management, early childhood development, contact centre operations, human resources management, occupational health and safety, project management, secretarial fields, tourism and hospitality, and supply chain and logistics.

MYTH 3: ANYTHING LESS THAN A DEGREE MEANS I WILL BE FOREVER STUCK IN AN ENTRY-LEVEL JOB

“A first qualification is just that: a foot in the door,” says Liebenberg.

“Once you’ve committed to your personal and professional development, you will find that your confidence builds and that the future becomes your oyster. Just this month, we celebrated the news that one of our alumni landed her dream tourism job in Canada. She started her studies with no relevant qualification to her name, yet within two years was able to complete one NQF level after the other, until she finally earned a National Tourism Diploma.”

Liebenberg further points out that many people go on to become entrepreneurs and start their own small businesses after mastering the technical requirements of a field.

“If you can determine where your passion lies, there is almost certainly a path you can follow to realise your dreams, regardless of your current circumstances or beliefs about your abilities,” she says.

Liebenberg says young people are sometimes afraid of failure, because they have ‘failed’ before. This leads to a lack of self-confidence and belief in self, as well as feelings of low self-worth.

“These young people doubt their own capabilities, and give up too early because they simply do not see any light at the end of the tunnel. But every year, tens of thousands of these demotivated individuals find a glimmer of hope and give their future a chance, by taking that first step on the road to empowerment.

“And in these cases, we have seen how action begets action, and the formerly despondent start to flourish. We want to urge young people and the adults around them – the teachers, the parents and the guardians – to not give up hope on their dreams and aspirations, particularly where the loss of hope is a result of negative beliefs about self, or pessimism about future opportunity.”