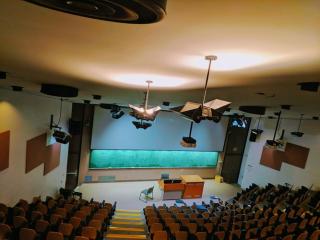 The South African Union of Students (SAUS) has called off the national university shutdown. This follows a meeting with Higher Education Minister, Blade Nzimande.

During the meeting which took place on 29 March, SAUS brought forward student demands to the Minister.

President of the SAUS, Misheck Mugabe said there was a unanimous agreement from all university Student Representative Councils (SRCs) to call off the shutdown.

Before the shutdown, which started on 15 March, more than 500 000 students were at risk of not being allowed to register due to outstanding debt.

"Our main agenda as student leadership is to ensure that as the academic year starts, there's no student who'll go hungry, there's no student who'll sleep outside because they don't have accommodation, we don't want any student who is going to be victimised by institutions of higher learning. From where we are as we speak now, we are very sure and we are very satisfied that all our students are going to be looked after," said Mugabe.

Even though developments have been made, Mugabe is aware that not all problems have been solved through consultations with the Minister.

Free education continues to remain a long term issue that the union is still addressing with government.

According to Mugabe, only a small percentage of students remain unregistered.

SAUS has committed to following up on these students, as universities have been allowing students to register despite students having outstanding debt.

"Whilst the shutdown has ended, our mandate from our constituency is to continue pursuing outstanding matters through alternative mechanisms. We want to assure our students that within no time we will be visiting those institutions that are facing more problems to ensure that no student is left behind.

"As mandated by university SRCs we will be utilizing the processes and mechanisms that have been put in place by the Minister to ensure that we adequately address all outstanding matters."