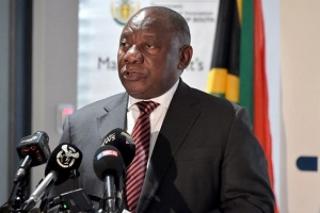 It has been a while since the nation last had a family meeting hosted by the President. In his address to the nation tonight, President Cyril Ramaphosa has ended the uncertainty surrounding the National State of Disaster.

As part of the government's continued response to Covid-19, the President has announced that the National State of Disaster has been extended until 15 December 2020.

This extension is one of many, following the most recent extension announced by Minister Nkosazana Dlamini-Zuma last month.

Along with the extension, the government will be paying more attention to the Eastern Cape which has shown a 50% increase in Covid-19 cases over the course of a week.

Ramaphosa said the surge in Covid-19 infections in the province could spread to other parts of the country.

This is why a Resurgence Plan has been put in action. With this plan, the government hopes to introduce several interventions which include outreach teams, daily community mobilisation and ensuring the readiness of health facilities.

This will be done by working closely with provincial governments.

At the height of the pandemic in July, South Africa was recording 12 000 new Covid-19 cases on a daily basis.

Now, that number has decreased to 2000 new cases a day. The number of deaths and patients requiring hospitalisation has also declined.

The country has recorded 742 000 covid-19 cases to date, with 92% of those infected successfully recovering from the virus.

More than 20 011 deaths have been recorded, putting South Africa among other countries with a low fatality rate.

“Although infections have stabilised, many people are still getting infected every day and we remain vulnerable,” said the President.

Despite the progress that the country has made over the course of 8 months since the first lockdown, the President has urged South Africans to not get too comfortable.

The wearing of masks and practice of good hygiene is still encouraged as South Africa recovers from the setbacks caused by Covid-19.