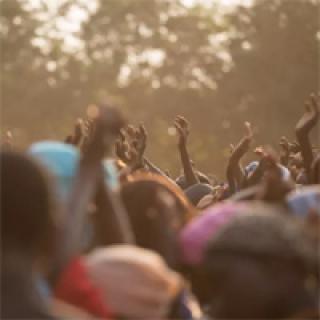 The Colloquium, themed: “Nelson Mandela and Ubuntu” brought together academics, students and the general public in discussion about the concept of Ubuntu and how it shaped the life of South Africa’s first black president, Nelson Mandela.

Speaking at the colloquium, retired director of the African Union Commission and board member of the Nelson Mandela Museum, Dr Botlhale Tema said ubuntu was a way of being which socialised people to see and recognise humanness in other people. It was not a religious phenomenon but a spiritual concept which made people embrace one another with kindness and empathy.

She said Mandela’s actions in sacrificing his life for the liberation of African people was a manifestation of ubuntu.

Tema said, Mandela’s life was an example of how all humans could practice humanity and kindness. She said part of embracing one another was opening our spaces to others. “We all have a sphere of influence, no matter how big or small. To what extent are we opening this sphere to include others?” she asked. “This is an opportunity for Stellenbosch University to genuinely open up,” she said.

Her views were echoed by the second speaker, Dr Mosa Phadi who is a researcher in historical trauma and transformation at the Stellenbosch University Museum who asserted that universities should not be divorced from the communities they serve. 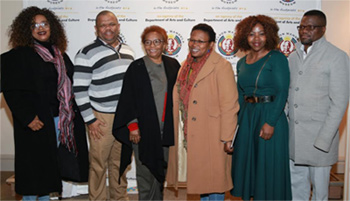 Phadi went on to say a large portion of the history of the liberation struggle in South Africa was not told and was not accessible to the general public. She relayed stories of South African struggle heroes including founder of the Pan Africanist Movement, Robert Mangaliso Sobukwe and African linguist and academic, Dr AC Jordan which she accessed through the Bureau of African Affairs in Accra, Ghana. She highlighted the commonalities in the histories of the people of South Africa and Ghana in their quest for self-actualisation and independence. Phadi also condemned the exclusion and attacks on African nationals in South Africa saying this showed a lack of understanding of the oneness of the histories of African people. “We need to reintegrate ourselves into Africa,” she said.

Stellenbosch University Museum director, Bongani Mgijima said the partnership between the two museums “provides us with a platform that enables us to reflect on the legacy and values of Madiba.” “This unique partnership between the two institutions is an affirmation of our belief that museums can become spaces for critical dialogue aimed at addressing our present and future challenges,” he said.

Nelson Mandela Museum CEO, Bonke Tyhulu said the partnership marked the coming together of two opposite sides. The location of the museums, one in a well-resourced town in the Western Cape and the other one in an underprivileged town in the Eastern Cape; and the contrast of the languages of Afrikaans and isiXhosa.

“The beauty about being opposites is that we can learn from each other. I would like to invite the university to get out of its comfort zone and explore further than this town.”Tyhulu said.