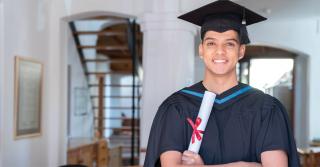 Trying to save what is left of the academic year, Basic Education Minister Angie Motshekga says that, to ensure that matriculants are not disadvantaged by the late release of the matric results, Universities South Africa (USAF) has agreed to extend the academic year to the end of February 2021.

This means that universities are expected to start their 2021 academic year in March or April next year.

This, Motshekga said, will give students the chance to still be able to get admitted to institutions of higher learning on time.

She said this on Wednesday when Ministers in the Social Services Cluster responded to oral questions in the National Assembly.

“On 24 August this year, our Director-General [Mathanzima] Mweli met with Universities South Africa, which is the body that regulates admissions to higher education institutions, and they indicated that universities will be extending the 2020 academic year to the end of February next year.

“So while the opening of universities is not universal, we are certain that when we issue [matric] results on 23 February next year, we will not be disadvantaging learners because most universities will start their 2021 academic year in March or April next year,” Motshekga said.

The department announced last month that the 2020 Grade 12 examinations would be completed by the 15th of December, with marking being completed on the 22nd January and the results released on 23rd of February 2021.

For teachers, the new academic school year will start on the 25th of January 2021 with students joining them a few days later.

Matriculants doing homeschooling, Motshekga said, are receiving the necessary support to help them complete the year – this includes support for self-directed lesson plans, which are accompanied by study guides and revision.

“We also provide them with worksheets that enable them to revise. We give them recorded lessons. We also launched a very good programme last week, which we call Woza Matric, which is recorded lessons that are online and also on different stations.”

The Minister said that the department uses media to form study groups by giving students the necessary printed material and online support, adding that there are different schools and different provinces that go out of their way to assist students.