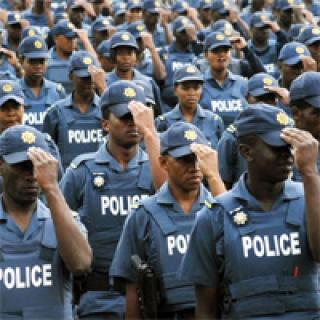 More than 3000 new police trainees are to be absorbed into the ranks of the South African Police Service.

Colonel Mathe said the police service followed a stringent recruitment process to ensure that the best candidates are selected to serve as policemen and women.

The new recruits commenced with their orientation last week at the various academies. They will then be placed at a designated police station for one month.

This serves as an induction phase to acquire practical on-the-job training and experience guided by an assigned mentor before they report at the SAPS training academies for the formal training programme, Colonel Mathe said.

“It also mentally and emotionally orientates the new recruit before the commencement of the basic training on the practical side of policing and aims to bridge the gap between the mindset of a civilian and police official.”

They will spend eight months at the SAPS Academy where they are trained as police officials.

According to Mathe, this training is a combination of theory and practice which includes but is not limited to firearm training, legal principles and fitness assessments.

Learning is enforced by continuous visits to police stations after practical sessions where the trainee is exposed to observation and practical sessions such as the registering of case dockets and the completion of official registers.

On successful completion of their training programme, they will be placed at different business units in the SAPS such as police stations and Public Order Police Units for a 12-month probation period, to gain further practical experience and in-service training.

The National Commissioner of Police General Khehla Sitole has wished the recruits well on their new journey.

“Congratulations to our new recruits for getting through the recruitment process. Our youth have a vital role to play to ensure that they contribute to a safe and secure South Africa for all.

“We look forward to their vibrancy as well as the injection of new blood into the SAPS,” added General Sitole.

All trainees are expected to pass all modules in the Basic Police Development Learning Programme to be declared fit to join the service as a Constable. Those that are found to be competent will graduate in a passing-out parade that will be held in December 2018 at the various SAPS Academies. - SAnews.gov.za