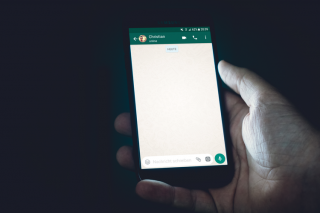 Whatsapp recently introduced a new privacy policy that users are expected to accept by 8 February. This new policy has users concerned about their privacy and some have even moved to different apps offering similar services.

Whatsapp, which is owned by Facebook, wants to sell user data to advertisers. This will allow businesses to contact and sell products directly to users.

MD of WorldWideWorx, Arthur Goldstuck said advertisers will be able to directly target users by keeping track of their online activities.

"Almost anywhere you go online today, you are being tracked...What is then done with that information is that it used to help advertisers target you based on your previous informational activity."

"The moment you started downloading apps and using them, you were giving permission for various pieces of information to be shared by the provider of the apps" said Goldstuck.

"I also believe that the intention is for Whatsapp to become an advertising medium as well in the future. We shouldn't be surprised if we're suddenly informed and have to again accept terms and conditions that say we will be shown adverts that are relevant to our interests" said Goldstruck.

Since Whatsapp's announcement, messaging apps like Telegram and Signal have seen an increase in users.

END_OF_DOCUMENT_TOKEN_TO_BE_REPLACED

At VETTA, we don’t see ourselves as any ordinary training company.