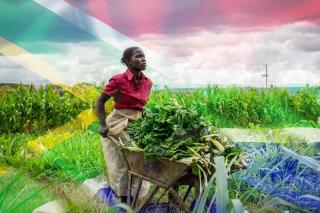 The Limpopo Department of Employment and Labour on Friday debunked rumours that government has set aside relief funds to thank farmworkers for working during the lockdown.

According to the provincial department, the rumour started when inspectors recently conducted examinations in several farms around the Phalaborwa and Mopani District Municipalities. The department said the workers had also threatened to go on strike after demanding a risk allowance for having worked during the lockdown.

"In terms of the current regulations, the department only has the Temporary Employee Relief Scheme (TERS) through the Unemployment Insurance Fund (UIF) that was made available for employers and employees who could not operate during the lockdown,” explained provincial Chief Inspector, Phaswane Tladi.

Some employees demanded that their employers either thank them or pay them a danger allowance for working during the lockdown.

“Unfortunately, this is not in the current prescript of the law,” the inspector said.

However, Tladi says that the department cannot interfere with the arrangements made between employers and their workers on such incentives, nor force employers to pay such benefits.

"We urge workers to refrain from participating in such unprotected strikes that may lead to loss of employment.”

Farmworkers, however, are encouraged to get in touch with the relevant authorities regarding ant misunderstandings in the future.

“Our officials are available and ready to guide them even before they get themselves into unprotected strikes based on hearsay and rumour," said Tladi.

END_OF_DOCUMENT_TOKEN_TO_BE_REPLACED

SACAP offers you a wide range of qualifications in the fields of psychology, counselling and coaching with our one-of-a-kind approach to learning.