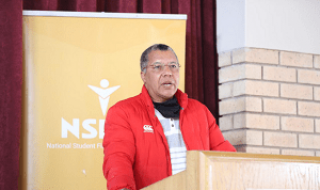 There have been some delays with finalising an audit for the National Student Financial Aid Scheme (NSFAS). This delay has raised concerns with the Portfolio Committee on Higher Education.

NSFAS administrator, Randall Carolissen said NSFAS is currently dealing with handling students who were affected by NSFAS changing from a loan to a bursary scheme in 2017.

This is the second year in a row that the audit has been delayed.

Carolissen said NSFAS is working closely with the Director-General of National Treasury to resolve some issues with the audit.

He said he was caught off guard by the portfolio committee's claim that NSFAS was purposely delaying the audit.

"It's very damaging to our organisation to be accused of delaying audits. Certainly, if there were delays, I was not notified as the head of the organisation," he said.

NSFAS has been facing delays because some records from 2018 were undeclared. There was a claim of irregular expenditure to the tune of R215 million.

This later turned out to be incorrect as it was later uncovered that NSFAS had R7.5 billion in irregular expenditure in 2018.

The delay was caused because Carolissen had insisted for a more thorough process to be followed to reveal the true details of NSFAS finances and irregularities.

"The rot and the maladministration was much deeper than what many people had anticipated. I was initially appointed for one year and I've been there for 2 and a half years already. We still have not completed that work of reconciling all of these irregular records," he said.

NSFAS has completed all forensic audits and has started with a disciplinary process for all people who were implicated in the audits.

Carolissen said the public could be shocked by the things that the audit will bring to light.

Applicants can apply on the NSFAS website or at Teacher Centres and NYDA centres nationwide.

Applications sent after the closing date will not be accepted.