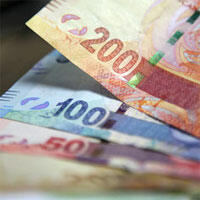 Despite substantial increases in the funds allocated to the National Student Financial Aid Scheme (NSFAS) since 1999, the scheme continues to battle with the demand for student loans and bursaries.

NSFAS is the government scheme providing loans and bursaries to students at all 25 public universities and 50 public Technical Vocational Education and Training (TVET) colleges throughout the country.

“The reality is that available resources are not adequate to meet the needs of all students who are already in the system and eligible for NSFAS loans and bursaries,” said Higher Education and Training Minister, Blade Nzimande.

The scheme is also facing inefficiencies in the administration of loans and bursaries at universities and TVET colleges, the failure of leadership to put in place an effective strategy to collect all revenues due as well as the inability to raise funds as per its mandate.

“There is limited human resource and requisite expertise, and the capacity of both management and leadership to ensure that the entity meets its mandate in terms of the NSFAS Act,” Minister Nzimande said during a media briefing on Wednesday.

Regarding claims that tertiary institutions were not getting their money from the NSFAS, Minister Nzimande said the problem was largely due to a lack of capacity to do the means test and poor administrative systems in the institutions to be able to deal with this on time.

He said this raised the question of whether or not the R9.5 billion allocation was simply not enough or if there was corruption in the system.

“We think it is both … the money is not enough but also there’s corruption. At the moment we are unable to tell how widespread this corruption is.”

He said a forensic investigation would go a long way in finding out which percentage of students were getting bursaries but did not qualify for one.

The department has received a report from NSFAS after being asked to look at the issue of parents whose children do not qualify for NSFAS funding because they earn more than R122 000 per annum but still can’t afford to pay for tuition fees. – SAnews.gov.za