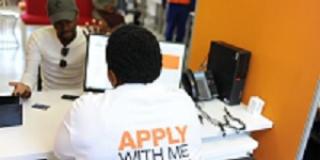 NSFAS has addressed social media backlash, following a tweet that was sent out about the R350 grant.

The tweet reads "NSFAS recipients do not qualify for the R350 Social Grant Relief Fund".

This caused outrage on social media, and NSFAS has now stepped forward to clarify.

In a statement released on 6 March, NSFAS CEO, Andile Nongogo has apologised for confusion caused by the initial tweets circulating on social media.

““We note the post on Twitter stating that students who receive the R350 Sassa grant relief do not qualify for NSFAS funding. NSFAS would like to clarify that it is factually incorrect to say that a person who receives the R350 grant will not be funded. The NSFAS funding criteria looks at the combined total household income of R350 000,” said NSFAS.

“It is important to note that all SASSA [South African Social Security Agency] grant recipients are funded automatically. NSFAS apologises for any inconvenience this might have caused,” said Nongogo.

The R350 grant is a temporary grant that was introduced by government in 2020, to give financial relief to unemployed people affected by the lockdown.

Earlier this year, the grant was extended for 3 months by President Cyril Ramaphosa, following extensive meetings with social partners about social and economic support for those affected by Covid-19.

"We have therefore decided to extend the period for the Special COVID-19 Grant of R350 by a further three months. This has proven to be an effective and efficient short-term measure to reduce the immediate impact on the livelihoods of poor South Africans." said the President.

Government recently decided to increase all grants, except the R350 grant.

This means, no new payments will be made for the R350 grant. However, recipients of other grants can expect payments on the following dates in April.