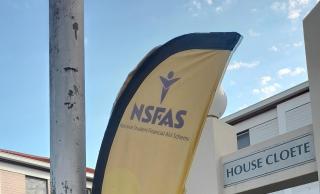 Government allocation for NSFAS funding has increased significantly. This is according to Higher Education Minister Blade Nzimande.

“In the current financial year, NSFAS funding is expected to reach over R43 billion, a further increase of close to R10 billion in just two years from 2020. From 2018, NSFAS has been funding its recipients for tuition, accommodation, meals, learning material allowances, daily allowance and, in some cases, a transport allowance.

“In addition, government policy (N+1) allows all NSFAS students an extra year within which to complete their certificates, diplomas or degrees [students studying for a three-year degree will be given only four years of funding], taking into account and catering for the fact that most of them come from disadvantaged backgrounds.

Nzimande commended the government for providing free education to poor students, many of whom are also SASSA beneficiaries.

“Other than Cuba, we are not aware of any country in the world that provides such comprehensive higher education support for poor students. And all this is a free bursary that does not have to be paid back anymore since 2018,” Nzimande said.

According to Minister Nzimande, government has made more funds available to help students pay off historic debt.

“The government also made funds available to pay off the historic debt of NSFAS funded students incurred prior to the introduction of the DHET bursary in 2018, and there is also significant improvement in terms of controls at NSFAS and the payment of allowances,” the Minister said.

He has commended the progress made by NSFAS following changes made to administration in 2018.

Dr Randall Carollissen was appointed in 2018 as NSFAS administrator to review and solve administration issues that NSFAS was facing.

His term as administrator came to an end in December 2020, after being appointed for 2 years.

“We got nsfas back on track, it’s working, we’re paying students on time, we acknowledged the receipt of their applications on time and we are able to tell them ahead of the registrations whether they qualify” Carollissen said.