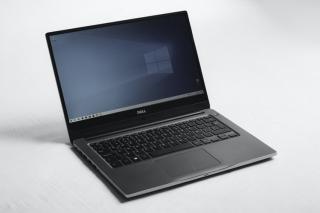 The wait for NSFAS laptops is nearly over. The South African Union of Students (SAUS) has confirmed that the laptops are expected to arrive in April.

"We've received a certain response that within 3 weeks from now, students will start receiving their laptops as promised. We think that is a very good development that will assist us so that our students are able to kickstart the academic year." said Misheck Mugabe, President of the SAUS.

In March, Higher Education Minister Blade Nzimande said the first order of laptops had finally been placed after months of delays.

"This process is being managed by NSFAS. As reported by the Executive Officer, NSFAS has placed a first order for laptops, and these will be made available to students, in line with the agreed processes, as soon as they are available. NSFAS has indicated that the first deliveries will be made in April 2021." said Nzimande.

NSFAS faced delays with providing students with laptops and with confirming funding for 2021 students.

This is because the financial aid scheme faced a shortfall of R7 billion in funding. This affected many first time entering students who were left unable to register because no funding decisions had been confirmed.

However, the Department of Higher Education  then had to reprioritise its budget in order to find funding for students.

This has allowed first time entering students to register and receive funding from NSFAS.

"The reprioritisation in terms of the budget was based on the projections that we had made at the time and also that we had not anticipated the R2.5 billion, for instance, that we had to spend in extending the academic year.

"I am informed by NSFAS that it is working hard to finalise appeals so that students are not prevented from registering in time to start the 2021 academic year." said Minister Nzimande.