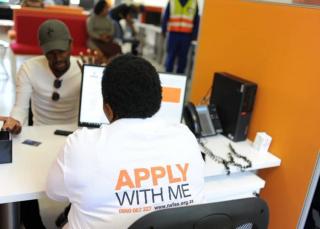 The NSFAS N+ Rule has been around for some time, making the lives of some students difficult. Students said this rule has been negatively affecting them, as some were not able to finish their degrees with funding from NSFAS.

The minister responsible for Higher Education, Blade Nzimande acknowledged the struggles students were facing because of the rule and introduced an appeals process.

“While the N+2 rule for NSFAS students registered before 2018 has always been in place, its application has been erratic, due to data gaps, inadequacies and constraints between NSFAS and institutions.” said Minister Nzimande.

After receiving complaints from students, NSFAS conducted an investigation which found that there were potentially 29 000 students who were affected by the rule.

After looking at the findings from the investigation, NSFAS found that most students affected exceeded their maximum years of study because of medical reasons.

NSFAS then opened an appeals process for students affected by the N+ rule, mainly in their final year of study.

The appeals were opened under conditions explained by NSFAS administrator, Randall Carolissen.

Minister Nzimande said by the end of the appeals process, a total of 9 541 N+2 appeals were received. NSFAS approved 8 761 appeals and rejected 780 appeals.

The Minister has urged all institutions to play an active role by letting students know the outcome of their appeals.