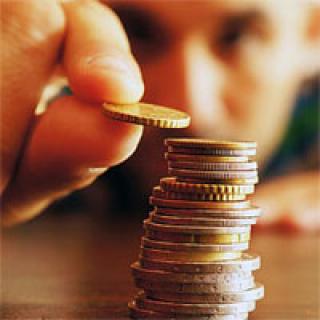 The National Student Financial Aid Scheme (NSFAS) has received a total 161 938 applications from students seeking funding for 2017 in universities and Technical and Vocational Education and Training (TVET) colleges across the country.

Briefing reporters in Pretoria on Sunday, NSFAS Chairperson Sizwe Nxasana said of the 161 938 applications received, 129 510 of these applications were submitted online, while 32 428 were manual applications.

This as applications for funding for students wanting to study at TVET colleges closed on Friday 17 February 2017.

To date the financial aid scheme has approved and sent communication to a total of 105 135 successful new students and confirmed funding for 204 653 returning students.

With Friday’s deadline, Nxasana said the remaining applications would be evaluated and completed by 24 February. This will see a significant increase in TVET college students approved for funding.

“Given the completion of some 2016 academic year examinations in January 2017 in certain universities, there are also more qualifying students whose results are being evaluated which will also increase the numbers of funded university students,” said Nxasana.

Unsuccessful students can lodge an appeal by downloading an application form on the NSFAS website, filling it in, and emailing it – together with their recommendations - to [email protected].

Appeals should reach NSFAS on or before 28 February 2017.

Nxasana said the fund will work with speed following the 28 February deadline to finalise the process.

“There are two key reasons as to why a student’s application may be declined. The first one is the means test. So we receive a number of applications from students who do not qualify because they come from a household that earns above R122 000 which is the upper limit of where NSFAS funds students.

“The second reason may be to do with academic results. In terms of university students, if a student passes 50% of their modules in that particular year but also they are still within the regulated time plus two years to complete their degree, they will be funded.

“But if a student has not passed the 50% module and also they are now in excess of the regulated time plus two, they will be disqualified for funding,” said Nxasana in response to a question.

NSFAS is currently reviewing some 3760 applications in the first two months of a year that the student financial aid scheme termed as “business unusual”.

Several key agreements have been reached in order to improve the process of funding and registering NSFAS qualifying students. These included that all university students who were funded by NSFAS in 2016 and passed at least 50% of their modules, will be automatically funded this year provided they have signed their loan agreement forms from last year.

In addition, all TVET colleges students who were funded by NSFAS in 2016 must meet the minimum academic progression rules set by the Department of Higher Education and Training to receive continuing NSFAS funding, provided that they sign the schedule of particulars form for 2016.

NSFAS also realised that its system did not go smoothly in all areas and on Sunday apologised to those students who have been inconvenienced by this.

The financial aid scheme also noted various reports on student protests and unrest at some universities regarding the issue of accommodation for NSFAS funded students.

The scheme emphasised that it does not make decisions on which students qualify for private accommodation allowances.

Higher Education and Training Minister Blade Nzimande has confirmed that the NSFAS funding budget for 2017 will be R15 billion.

From this budget the fund expects to fund over 405 000 students.

Nxasana said presently he cannot tell if the allocated funds will be enough for the fund.