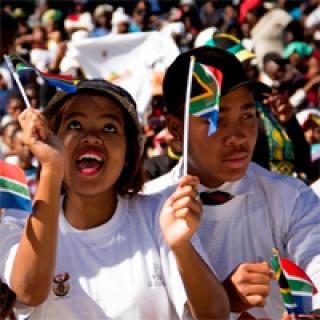 Twenty-five years of democracy and freedom presents South Africa’s youth with an opportunity to celebrate the role played by young people during the struggle for liberation.

This year, Youth Month 2019 will be commemorated under the theme “25 Years of Democracy: A celebration of youth activism”.

Every year on the 16th of June, South Africa commemorates the 1976 youth who stood up against the apartheid government and laid down their lives fighting for freedom and the right to equal education.

On 16 June 1976, between 3000 and 10 000 students mobilized by the South African Students Movement's Action Committee supported by the Black Consciousness Movement (BCM) marched peacefully to demonstrate and protest against the government’s directive.

The march was meant to culminate at a rally in Orlando Stadium.

Each year has its theme which is commemorated throughout the month of June.

Over the month, government will host a number of engagements, including youth expos, dialogues and youth entrepreneur hubs to showcase opportunities available to young people. – SAnews.gov.za