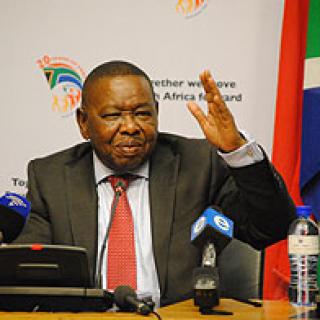 Higher Education and Training Minister Dr Blade Nzimande will soon release a document to start a public debate on the future of the Setas. While the structure of the Seta system might change, he was clear when speaking to the media that he does not believe the answer is to ditch the Setas.

Speaking to the media ahead of his department's budget vote in parliament, Higher Education and Training Minister Dr Blade Nzimande outlined the process to decided the future of the Setas.

The Sector Education and Training bodies were established by the government to coordinate workplace training in the country. There are currently 21 Setas, but their operating licences, provided by the Minister, expire in 2016.

Nzimande explained that in a few weeks he will be making a presentation to the national Cabinet. Once this has been approved a document for public debate and discussion will be released. This will present various options for the future of the Setas.

Nzimande made it clear that he values the skills levy system, which is the envy of many other countries.

"Always when we are overseas, even at the ILO, people say we are lucky to have a skills-levy system", said Nzimande. "This means we are able to leverage additional resources for training. I don't think that is something that we should just drop easily".

"We can't ditch the skills levy system. We believe that the design of our Seta system is basically okay. The challenge is that it has never really worked in a manner in which we had planned".

"There are lots of proposals on the table", he added. While one proposal is to 'ditch the Setas', others include having one big super-Seta, (a Skills Council), or having 7 Setas rather than the current 21."

Nzimande added that there have also been many suggestions on how the Setas could operate more efficiently. "Some of the things that have been suggested include that fact that certain functions need to be done at a central level. Research, for instance, could be centralised as well as skills planning".

"We still do believe that we can improve, perfect the Setas and make sure that the money that is set aside for them is used for what it is meant for. We are not yet there; We are not going to deny that."

"We do not believe that the solution is to throw the baby out with the bathwater. We are not going to ditch them but we have a lot to do!"