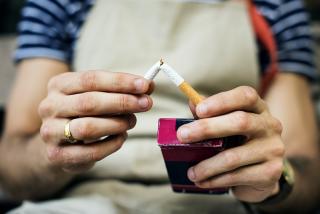 A statement has been released by the Minister of Trade, Industry and Competition, Ebrahim Patel states that all forms of online shopping is now permitted but some items remain off-limits.

E-commerce sites are no longer limited to what physical stores can sell; however, the sale of alcohol products and cigarettes remain banned.

The new regulations state that “e-Commerce can be a critical enabler to opening the economy through contactless transactions, which can reduce the movement of consumers, and the density of shoppers in retail spaces.”

This ban was implemented at the start of the initial 21-day lockdown yet almost seven weeks later it is still in place. Some smokers have turned to illicit alcohol and tobacco products which continues to thrive in the country’s underground markets.

In the case of tobacco products, smokers have reported paying up to R300 a box of cigarettes with prices reaching up to R3000 per carton (10 boxes) for Peter Stuyvesant and R1000 for counterfeit cigarettes.

These prices are expected to increase as the ban persists.

The minister says that there are still stringent measures in place to prevent the spread of COVID-19. These will need to be followed by retailers and courier companies.